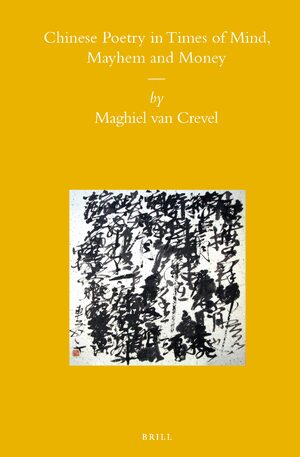 Chinese Poetry in Times of Mind, Mayhem and Money

Author: Maghiel van Crevel
Chinese Poetry in Times of Mind, Mayhem and Money is a groundbreaking contribution to scholarship, well-suited to classroom use in that it combines rigorous analysis with a lively style. Covering the period from the 1980s to the present, it is organized around the notions of text, context and metatext, meaning poetry, its socio-political and cultural surroundings, and critical discourse in the broadest sense. Authors and issues studied include Han Dong, Haizi, Xi Chuan, Yu Jian, Sun Wenbo, Yang Lian, Wang Jiaxin, Bei Dao, Yin Lichuan, Shen Haobo and Yan Jun, and everything from the subtleties of poetic rhythm to exile-bashing in domestic media. This book has room for all that poetry is: cultural heritage, symbolic capital, intellectual endeavor, social commentary, emotional expression, music and the materiality of language – art, in a word.

€45.00$56.00
​
Add to Cart
About MyBook
Maghiel van Crevel (Ph.D. in Chinese literature: Leiden, 1996) lectured at the University of Sydney (1996-1999) and is currently Professor of Chinese Language & Literature at Leiden University. His publications include Language Shattered: Contemporary Chinese Poetry and Duoduo (CNWS, 1996).
"This monograph fully confirms Maghiel Van Crevel’s status as the world’s leading expert on contemporary Chinese poetry. His extremely meticulous documentation, his unbiased approach to a wide range of poets and poems, his terminological consistency and theoretical originality all combine to make this book outclass anything written previously on this topic, whether by western scholars or by Chinese scholars."
Michel Hockx, Professor, Chinese Literature and Culture

"The culmination of more than a decade of research, much of it conducted “on the ground,” Chinese Poetry in Times of Mind, Mayhem and Money strikes a judicious balance between tracing the geneaology of the Chinese avant-garde and profiling the major poets and polemicists who have helped shape that lineage. (...) [The] translations (...) are a pleasure to read, so much so they leave you hungry for more."
Steve Bradbury, World Literature Today, (July-August 2009)

“The poets of mainland China have been far busier writing and wrangling over their work during the past 20 or so years than scholars from beyond China have been in analysing it. While research on this body of poetry has begun to fill out in recent years, no single piece of scholarship makes a contribution equal to that of Maghiel van Crevel’s Chinese Poetry in Times of Mind, Mayhem and Money. This is an ambitious book. Its 13 chapters move from an extensive introduction on through a dozen ‘case studies’ that cover, in roughly chronological order, the work of about 11 important poets. Where the individual chapters provide focused, meticulously detailed considerations of poetry and discourse on poetry, the book as a whole presents a timely overview of the development of Chinese avant-garde poetry since the mid-1980s.”
John Crespi, IIAS Newsletter #50 (2009)

"Reading Chinese Poetry in Times of Mind, Mayhem and Money is akin to taking a graduate seminar on the subject.(…) this book solidifies van Crevel's place as the preeminent scholar of contemporary Chinese poetry writing in the West.(…) It should be a companion to graduate seminars (…)if one were to read only one book on the current period, this would be it.
In terms of the command of subject matter, the breadth of the discussion, the expanse of time covered, the knowledge the author exhibits of the Chinese-language secondary scholarship, and his intimate familiarity with the original publishing circumstances of myriad specific poems (…) van Crevel's contribution is arguably unparalleled in English-language contemporary Chinese cultural studies."
Christopher Lupke, MCLC Resource Center Publication (March 2011)
http://u.osu.edu/mclc/book-reviews/chinese-poetry/

"Van Crevel surveys and synthesizes a vast range of poetry and literary criticism, in prose that is always clear, cogent, and readable. The book has two major advantages over similar studies published in the PRC: extensive coverage of criticism in Western languages as well as in Chinese; and the ability to address directly sensitive political matters, such as the Tiananmen incident. These advantages, along with Van Crevel’s personal contacts, meticulous research, and encyclopaedic command of his material, make this the definitive sourcebook for the study of contemporary Chinese poetry in any language."
Jacob Edmond, The China Quarterly, 207, September 2011

"[T]his is a work of tremendous scholarship, fieldwork, and insight. There is no comparable English-language book that breaks as much new ground or synthesizes as much previous research. It is to be recommended to anyone who seeks a better understanding of the late twentieth-century poetic scene in China."
Jack Chen, in China Review International , 16 (2009).

'[This] book is … highly suitable for interested non-sinologists looking for a general overview of poetic schools, themes, and discourses. At the same time, it is a foundational work for use in university and high school classrooms – but moreover, it will serve as a useful point of departure for further specialist research. Its content is organized strictly and formulated precisely, and leaves ample room for one’s own discoveries at the same time as competently guiding the reader.'
Andrea Riemenschnitter in Asiatische Studien / Études Asiatiques, 65-2 (2011) 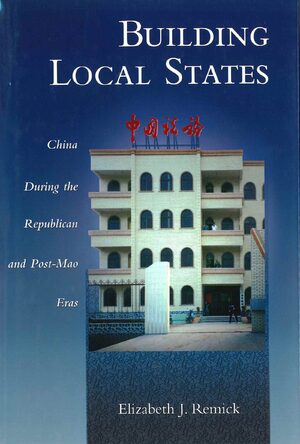 The Qing Formation in World-Historical Time 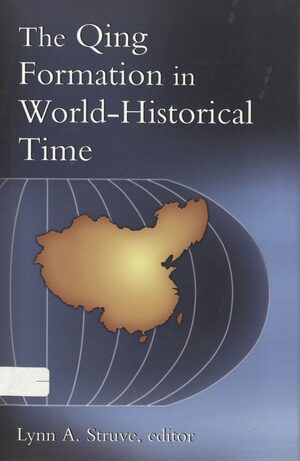 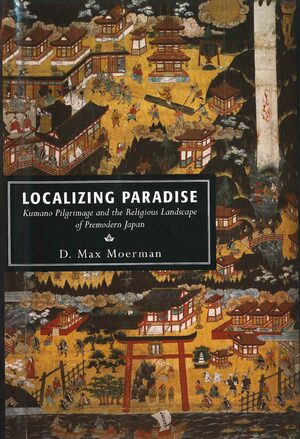