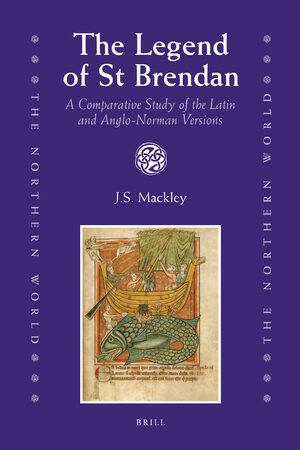 The Legend of St Brendan

A Comparative Study of the Latin and Anglo-Norman Versions

Author: Jude Mackley
The Legend of St Brendan is a study of two accounts of a voyage undertaken by Brendan, a sixth-century Irish saint. The immense popularity of the Latin version encouraged many vernacular translations, including a twelfth-century Anglo-Norman reworking of the narrative which excises much of the devotional material seen in the ninth-century Navigatio Sancti Brendani abbatis and changes the emphasis, leaving a recognisably secular narrative. The vernacular version focuses on marvellous imagery and the trials and tribulations of a long sea-voyage. Together the two versions demonstrate a movement away from hagiography towards adventure.
Studies of the two versions rarely discuss the elements of the fantastic. Following a summary of authorship, audiences and sources, this comparative study adopts a structural approach to the two versions of the Brendan narrative. It considers what the fantastic imagery achieves and addresses issues raised with respect to theological parallels.
E-Book

€130.00$161.00
​
Add to Cart
J.S. Mackley, Ph.D. in English (2003), University of York, is an independent researcher. His principal interests include the medieval perception and reception of apocryphal legends.
Acknowledgements
Abbreviations

Introduction
1. St Brendan: the man and the manuscripts

Appendix One
Appendix Two
Bibliography
Index
All those interested in the Legend of St Brendan and the development of Anglo-Norman texts, also students and scholars interested in the critical theory of the fantastic and the uncanny.