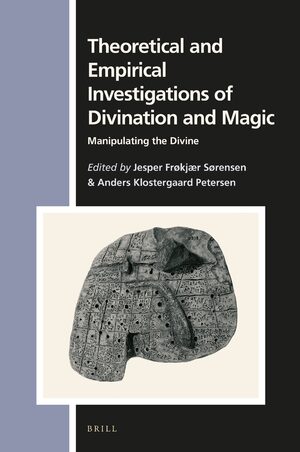 Theoretical and Empirical Investigations of Divination and Magic

Editors: Jesper Sørensen and Anders Klostergaard Petersen
In Theoretical and Empirical Investigations of Divination and Magic ten leading scholars of religion provide up-to-date investigations into the classic domains of divination and magic. Spanning historical, anthropological, cognitive, philosophical and theoretical chapters, the volume’s authors invite the reader to explore how divinatory practices and magical rituals, both apart and in interaction, can be reconceptualized in line with 21st century scholarship.


Following an Introduction addressing the ever-pertinent discussion of the status and epistemological value of the categories inherited from our scholarly predecessors, the volume includes analysis of divinatory and magic practices in particular historical areas, as well as comparative, theoretical and philosophical discussions, making this an indispensable volume for anyone interested in broader comparative approaches to magic and divination.
E-Book (PDF)

€119.00$144.00
​
Add to Cart
Jesper Frøkjær Sørensen is senior lecturer in Comparative Religion at Aarhus University, Denmark specializing in cognitive and evolutionary approaches to ritual and magic, cognitive historiography and cultural immunology. He is the author of A Cognitive Theory of Magic (2007, AltaMira Press).


Anders Klostergaard Petersen is senior lecturer in Science of Religion, Aarhus University, specializing in formative Christ-religion and evolutionary approaches to religion. He has recently co-authored with Turner, Maryanski, and Geertz, The Emergence and Evolution of Religion: By Means of Natural Selection (2018, Routledge).

Readers interested in historical, comparative and theoretical investigations and reflections on divination, magic, ritual and religion, as well as those concerned with epistemological questions in the study of religion.