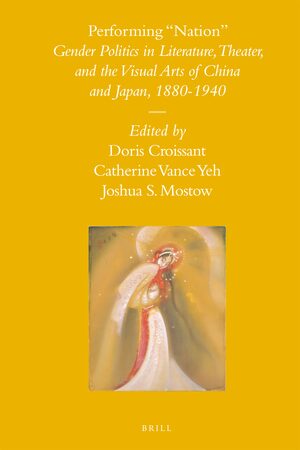 Gender Politics in Literature, Theater, and the Visual Arts of China and Japan, 1880-1940

Editors: Doris Croissant, Catherine Vance Yeh and Joshua S. Mostow
Uniquely covering literary, visual and performative expressions of culture, this volume aims to correlate the conjunctions of nation building, gender and representation in late 19th and early 20th century China and Japan. Focusing on gender formation, the chapters explore the changing constructs of masculinities and femininities in China and Japan from the early modern up to the 1930s. Chapters focus on the dynamism that links the remodeling of traditional arts and media to the political and cultural power relations between China, Japan, and the Western world. A true tribute to multidisciplinary studies.

€135.00$168.00
E-Book (PDF)
Add to Cart
Doris Croissant is senior professor of East Asian art history at the University of Heidelberg (Germany). She has published on funeral art and portraiture in China, Rinpa painting, the concepts of realism and photography in Japan, and the gender discourse of native aesthetics in Japanese art and popular culture.
Catherine Yeh is an Associate Professor at Boston University. Her research interests are presently in twentieth century Chinese entertainment culture, its political implications and its impact on social change. Her recent publications include Shanghai Love: Courtesan, Intellectuals and Entertainment Culture, 1850-1910 (Seattle, 2005).
Joshua S. Mostow is Professor of Asian Studies at The University of British Columbia (Vancouver, Canada). He is also co-editor, with Norman Bryson and Maribeth Graybill, of Gender and Power in the Japanese Visual Field (Hawai’i, 2003).

All those interested in modern Chinese and Japanese art, theater, visual and popular culture, as well as scholars and students of gender and sexualities studies.