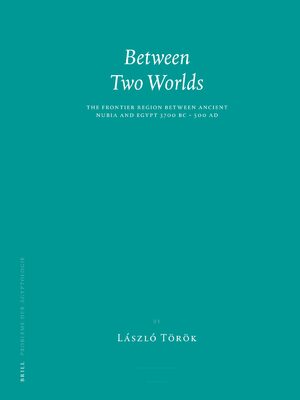 Author: László Török
The Egyptological literature usually belittles or ignores the political and intellectual initiative and success of the Nubian Twenty-Fifth Dynasty in the reunification of Egypt, while students of Nubian history frequently ignore or misunderstand the impact of Egyptian ideas on the cultural developments in pre- and post-Twenty-Fifth-Dynasty Nubia. This book re-assesses the textual and archaeological evidence concerning the interaction between Egypt and the polities emerging in Upper Nubia between the Late Neolithic period and 500 AD. The investigation is carried out, however, from the special viewpoint of the political, social, economic, religious and cultural history of the frontier region between Egypt and Nubia and not from the traditional viewpoint of the direct interaction between Egypt and the successive Nubian kingdoms of Kerma, Napata and Meroe. The result is a new picture of the bipolar acculturation processes occurring in the frontier region of Lower Nubia in particular and in the Upper Nubian centres, in general. The much-debated issue of social and cultural "Egyptianization" is also re-assessed.

"...this is a valuable and up-to-date presentation of a huge body of the author’s work, interweaving more general synthesis and compilation of scholarship."
David N. Edwards, University of Leicester

"This book is a masterpiece! A well of wisdom and information! It is fluently written, analyzing every aspect of Nubia's relations with Egypt and much more. This book should be in every library focused on Ancient Nubia."
Dan'el Kahn, University of Haifa, Israel
E-Book (PDF)

€238.00$295.00
​
Add to Cart
László Török, Doctor of the Hungarian Academy of Sciences (1992), Member of the Hungarian Academy of Sciences (2004) is Research Professor at the Archaeological Institute of the Hungarian Academy of Sciences. He has published extensively on the history and archaeology of Ancient Nubia and Hellenistic art in Egypt, including The Image of the Ordered World in Ancient Nubian Art (Brill, 2002) and Transfigurations of Hellenism. Aspects of Late Antique Art in Egypt AD 250-700 (Brill, 2005).
Chapter One - Introduction: A Nubian Worshipper of Isis from
the Second Century BC
Chapter Two - Frontiers
Chapter Three - The Beginnings: A-Group Lower Nubia and
the Emerging Egyptian State ( c. 3700–2800BC)
Chapter Four - Old Kingdom Domination and the Rebirth of the
Native Polities ( c. 2800–2160BC)
Chapter Five - Lower Nubia and First Intermediate Period Egypt
( c. 2160–2055BC)
Chapter Six - Lower Nubia between Kerma and Middle
Kingdom Egypt ( c. 2055–1650BC)
Chapter Seven - Kerma Domination in Lower Nubia in the
Second Intermediate Period ( c. 1650–1550BC)
Chapter Eight - Locating the Cultures of Lower Nubia in the
Late Neolithic, Early and Middle Bronze Age: Some
Preliminary Conclusions
Chapter Nine - New Kingdom Egypt in Nubia ( c. 1550–1069BC)
Chapter Ten - Religion and Society in New Kingdom Nubia
Chapter Eleven - Nubians and Egyptians in New Kingdom
Nubia: The Degrees of Egyptianization .
Chapter Twelve - A Long, Silent Interlude? Lower Nubia in the
Third Intermediate Period ( c. 1069–795BC)
Chapter Thirteen - Lower Nubia under the Twenty-Fifth
Dynasty and the Napatan Kings ( c. 795–332BC)
Chapter Fourteen - The Neighbour of Ptolemaic Egypt
( c. 332–30BC)
Chapter Fifteen - Uniting Two Worlds: Lower Nubia in the Time
of the Meroitic Viceroys ( c. 30BC to the Middle of the AD
Fourth Century)
Chapter Sixteen - Post-Meroitic Lower Nubia before the Advent
of Christianity
Chapter Seventeen - Epilogue. Three Ages of Lower Nubian
Autonomy: The A-Group and C-Group Chiefdoms and the
Kingdom of Noubadia


All those interested in Egyptology, Nubian Studies, Ancient History, and African Studies.

The Tomb of the Priests of Amun 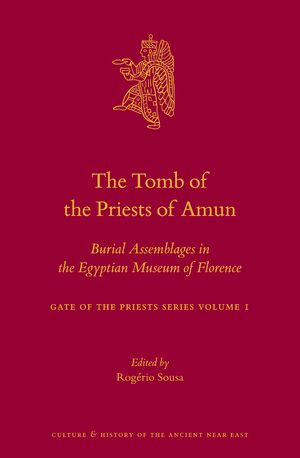 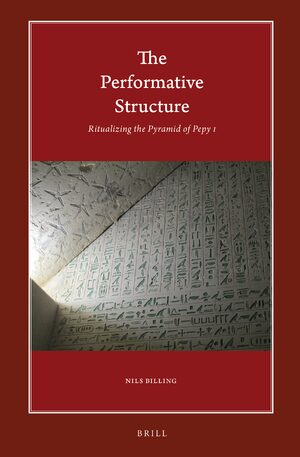 Excavations at the Seila Pyramid and Fag el-Gamous Cemetery 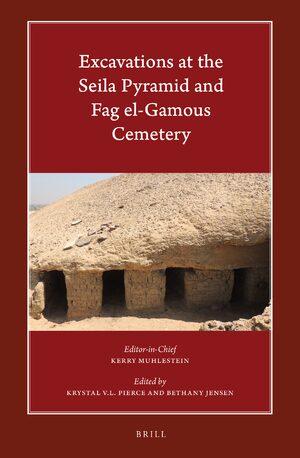