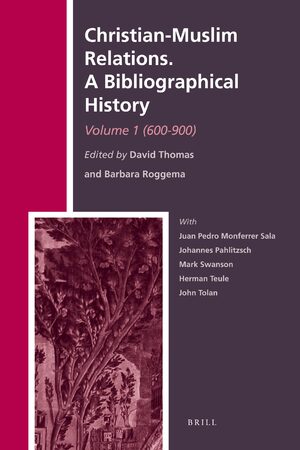 Editors: David Thomas and Barbara Roggema
Christian-Muslim Relations, a Bibliographical History 1 (CMR1) is the first part of a general history of relations between the faiths from the seventh century to the present. It covers the period from 600 to 1500, when encounters took place through the extended Mediterranean basin and are recorded in Syriac, Arabic, Greek, Latin and other languages. It comprises introductory essays on the treatment of Christians in the Qur'an, Qur'an commentaries, biographies of the Prophet, Hadith and Sunni law, and of Muslims in canon law, and the main body of more than two hundred detailed entries on all the works recorded, whether surviving or lost. These entries provide biographical details of the authors where known, descriptions and assessments of the works themselves, and complete accounts of manuscripts, editions, translations and studies. The result of collaboration between leading scholars, CMR1 is intended as a basic tool for research in Christian-Muslim relations.

€272.00$337.00
​
Add to Cart
David Thomas, PhD (1983) in Islamic Studies, University of Lancaster, is Professor of Christianity and Islam at the University of Birmingham. He has published widely on Christian-Muslim relations, and among his most recent works is Christian Doctrines in Islamic Theology (Brill, 2008).

Barbara Roggema has a Ph.D. in Languages and Cultures of the Middle East (University of Groningen, 2007) and is lecturer in the History of the Islamic World at John Cabot University (Rome). Her most recent publication is The Legend of Sergius Baḥīrā. Eastern Christian Apologetics and Apocalyptic in Response to Islam (Brill, 2008).

Those interested in the history of Christian-Muslim relations, specialists in the early centuries of the Islamic era, textual specialists, theologians and historians.

Christians at the Heart of Islamic Rule 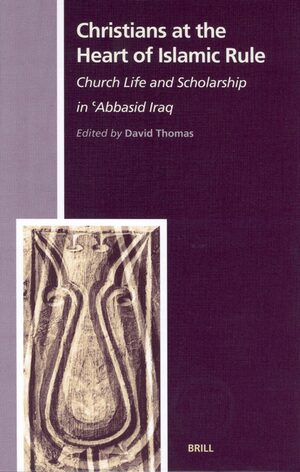 The Coptic Martyrdom of John of Phanijōit 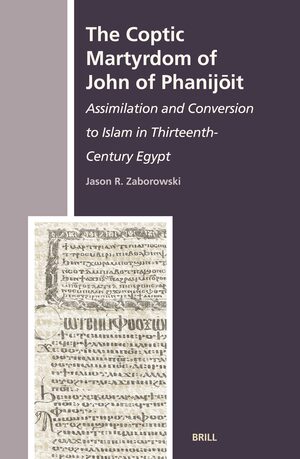 Muslim-Christian Polemic during the Crusades 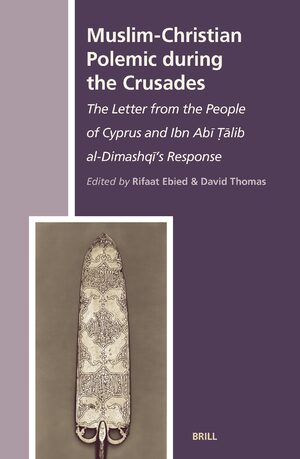