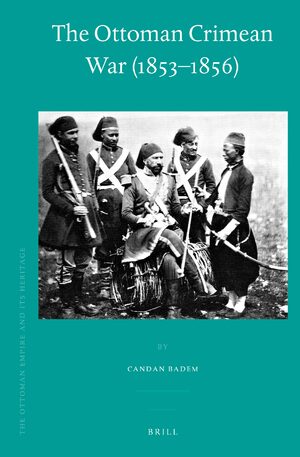 Author: Candan Badem
The Crimean War was a defining event in both European and Ottoman history, but it has principally been studied from the Europeans’ point of view. This study analyzes the role of the Ottoman Empire in the Crimean War and the War’s impact on the Ottoman state and Ottoman society. Based on hitherto unused Ottoman and Russian sources, it offers new insights into the Crimean War’s financial, social and political implications for the Empire, emphasizing the importance of the Ottomans as both actors and victims. In addition to analyzing Ottoman and European public opinion and the diplomatic, economic and political origins of the War, The Ottoman Crimean War (1853-1856) also contains a critical review of the voluminous existing literature on the subject.

Open Access
​
Add to Cart
About MyBook
Candan Badem, Ph.D. (2007) in Ottoman History, Sabancı University, is an assistant professor at the History department of Tunceli University, Turkey. He has written many articles and presented papers at various international symposia and conferences on the Crimean War.
“What makes this study so valuable is not just the inclusion of Ottoman sources but also the author's close examination of non-Ottoman, especially Russian, sources. Badem makes a major contribution to the study of the Crimean War.[…] Highly recommended.” R. W. Zens, Choice, October 2010

'Seeking to “reconstruct the narrative of the war as experienced by the Ottomans,” Badem examines the “conduct of the war itself … its implications, results, and impact upon the Ottoman state and society” (1). Badem’s book is the first monograph on the subject in any language that combines Russian and Ottoman sources and addresses Ottoman failures as well as successes.11 He devotes nearly onehalf of The Ottoman Crimean War to an analysis of major Ottoman battles, particularly the disastrous naval battle of Sinope in November 1853 and the extended campaign in the Caucasus. The book incorporates material from Ottoman Historical Archives (BOA), British National Archives (TNA), and RGVIA, as well as an impressive body of published primary and secondary sources'.
-- Mara Kozelsky, University of South Alabama, in Kritika, Fall 2012

All those interested in the Crimean War, military history, Ottoman history, European history and Russian history.