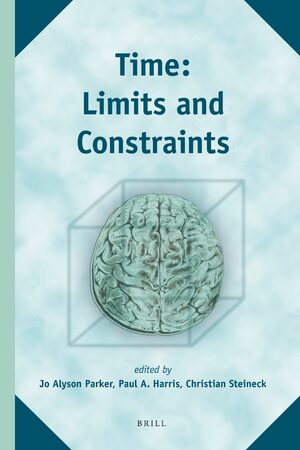 €134.00$167.00
​
Add to Cart
Jo Alyson Parker, Ph.D. (1989) in English, University of California-Irvine, is Professor and Chair of English at Saint Joseph's University in Philadelphia. Her publications include The Author's Inheritance: Henry Fielding, Jane Austen, and the Establishment of the Novel (1989), Narrative and Chaos Theory in Sterne, Proust, Woolf, and Faulkner (2007), and, with Michael Crawford and Paul A. Harris, Time and Memory (Brill, 2007).

Paul A. Harris, Ph.D. (1991) in English, University of California-Irvine, is Professor of English at Loyola Marymount University in Los Angeles. His publications include, with Michael Crawford, Time and Uncertainty (Brill, 2004), and, with Jo Alyson Parker and Michael Crawford, Time and Memory (Brill, 2007). He is Co-Editor of SubStance: A Journal of Theory and Literary Criticism and President of the International Society for the Study of Time.