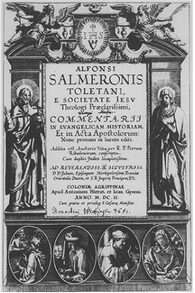 There is no longer any question today of reducing the Catholic Reformation of the sixteenth and seventeenth centuries to just the Counter-Reformation. The latter unquestionable existed, but constituted only a chapter - and not the best one - in a very profound transformation of the Catholic Church. This explains the interest in making available at least some of the first-hand documents that allow us to appreciate the originality, richness, and vigour of Tridentine Catholicism.

The Catholic Renaissance
The Catholic Renaissance is amenable to two historical readings that are in certain respects contradictory. According to one, it was a period of hardening of the structures, a regimentation of the masses, and an attempt at total catechizing, and all that thanks to the support of the state. But on the other hand it was sanctity, beauty, and piety. These two aspects, which might appear incompatible, cohabitated in reality in everyday life. And if an effective and quantitatively important Christianization resulted from the methodical and powerfully orchestrated action of the Church of Rome it was because this action was quantitatively doubled, supported, and vivified from within by the treasures of devotion, heroism, charity, spirituality, and creative imagination. Without these, the great clerical machine would not have accomplished any more than putting a ponderous bureaucracy in place.

The spirit of organization
With the Catholic Renaissance appeared a new characteristic in Christian history: the spirit of organization. On the whole this constituted an enrichment of the mental equipment of Western man at the beginning of the early modern period. From that time on the churches, and especially the Church of Rome, both profited from this enrichment and gave it new impulses. Preaching, teaching, and devotion became more methodical and more efficient than in the past, making possible - among other results - a veritable planetary expansion of Catholicism. Never in the past had Christianity spread so rapidly over such vast territories.

A religious conquest
A religious conquest comparable to that of apostolic times recommenced on the scale not of a Mediterranean empire but of the inhabited universe. From being on the defensive toward the Turks, the Roman church passed over to the spiritual offensive in the pagan world that was opening up to it. In many ways, therefore, the Catholic Reformation appears to us as a major phenomenon in the world history of the sixteenth and seventeenth centuries.