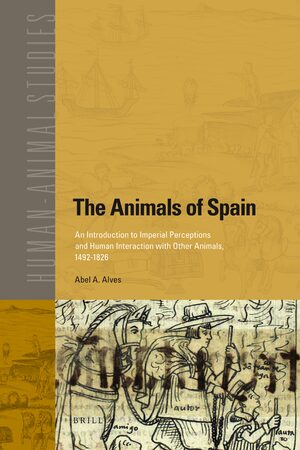 The Animals of Spain

An Introduction to Imperial Perceptions and Human Interaction with Other Animals, 1492-1826

Author: Abel Alves
Writings from 1492 to 1826 reveal that the history of animals in the Spanish empire transcended the bullfight. The early modern Spanish empire was shaped by its animal actors, and authors from Cervantes to the local officials who wrote the relaciones geográficas were aware of this. Nonhuman animals provided food, clothing, labor, entertainment and companionship. Functioning as allegories of human behavior, nonhuman animals were perceived by Spanish and Amerindian authors alike as bearing some relationship to humans. On occasion, they even were appreciated as unique and fascinating beings. Through empirical observation and metaphor, some in the Spanish empire saw themselves as related in some way to other animals, recognizing, before Darwin, a "difference in degree rather than kind."
E-Book (PDF)

€108.00$134.00
​
Add to Cart
Abel A. Alves, Ph.D. (1990) in History, University of Massachusetts at Amherst, is Associate Professor of History at Ball State University. His publications include the book Brutality and Benevolence: Human Ethology, Culture, and the Birth of Mexico (1996).
I) Animals in the Atlantic World: Perceptions and Associations….
II) Through the Prism of Human Perception: Spanish Intellectuals Write about Other Sentient Beings….
III) Valued Animals and Animal Values….
IV) Spirit Guides to Hell? Shape-Shifting and the Power of Animals Inverted….
V) San Martín’s Companion Animals: Nature Domesticated and Blessed….
VI) The Animals of Spain: Continuity and Change….

All those interested in the early modern Spanish empire, the application of evolutionary biology to human behavior, and the interaction of humans with other animals.