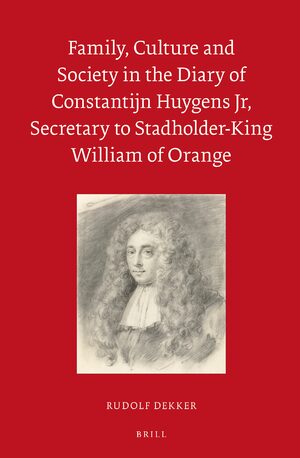 Family, Culture and Society in the Diary of Constantijn Huygens Jr, Secretary to Stadholder-King William of Orange

Author: Rudolf M. Dekker
Based on analysis of a diary kept by Constantijn Huygens Jr, the secretary to Stadholder-King William of Orange, this book proposes a new explanation for the invention of the modern, private diary in the 17th century. At the same time it sketches a panoramic view of Europe at the time of the Glorious Revolution and the Nine Years' War, recorded by an eyewitness. The book includes chapters on such subjects as the changing perception of time, book collecting, Huygens's role as connoisseur of art, belief in magic and witchcraft, and gossip and sexuality at the court of William and Mary. Finally this study shows how modern scientific ideas, developed by Huygens's brother Christiaan Huygens, changed our way of looking at the world around us.

€112.00$146.00
​
Add to Cart
Rudolf Dekker taught history at Erasmus University Rotterdam and directs the Institute for the Study of Egodocuments and History, Amsterdam. He is the author of several books, including Humour in Dutch Culture of the Golden Age (Palgrave 2001). With Arianne Baggerman he wrote Child of the Enlightenment. Revolutionary Europe Reflected in a Boyhood Diary (Brill 2005).
"Rudolf Dekker does a good job of handling this text, which is both complex, and difficult […]. The personal angle of the document opens an entirely new view of familiar events and characters […]. The book demonstrates the huge importance that sources such as egodocuments can have for historical research […]. I would recommend [the] book to all historians…" S. Gylfi Magnússon. In: Journal of Social History.

‘’Rudolph Dekker’s book on the diary of Constantijn Huygens Jr offers its reader an accessible and enjoyable introduction to Dutch and English court life in the late seventeenth century. It will appeal to interested laypersons, and will serve well as a prescribed text for undergraduate students or as a point of reference for further reading for postgraduates and researchers […] this book is to be recommended to university libraries, lecturers, and tutors of early modern studies, and certainly to anyone with a professional or personal interest in this period of European history.’’
Christian Thorsten Callisen, University of Queensland. In: Parergon, 31, 2, 2014, p. 223-4.

“[Huygens’s diary] is a rich and fascinating source, and this volume by Rudolf Dekker does a highly useful job of advertising it.”
Tony Claydon, Bangor University. In: SHARP News, Vol. 23, no. 1 (Winter 2014), p. 6.

‘’In summarizing the contents of an important and understudied manuscript, and bringing it to the attention of English readers, Dekker has done a real service. As scholarly interest in later-seventeenth and eighteenth-century Dutch visual culture continues to grow, so, too, will the importance of Constantijn Huygens Jr. as a commentator on the arts and patronage of the time. This book should be a reference point for anyone concerned with early modern court culture, and especially with the complex history of cultural exchange between the Netherlands and Britain.’’
Stephanie S. Dickey, Queen’s University. In: Historians of Netherlandish Art, 31, 1, 2014, p. 36.

‘’Dekker is an ambassador for his main source, and he does not fail to show its richness and attractions.’’
Helmer Helmers, University of Amsterdam. In: Reviews in History (Institute of Historical Research, University of London), http://www.history.ac.uk/reviews/review/1508

6. The Many Faces of William of Orange

13. The Court as a Microcosm

All those interested in the development of autobiographical writing, the history of ideas, art and culture, and the history of the Dutch Republic and England in the age of William and Mary.

Jacob Campo Weyerman and his Collection of Artists’ Biographies 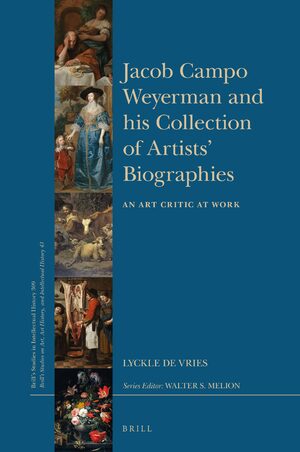 Child of the Enlightenment 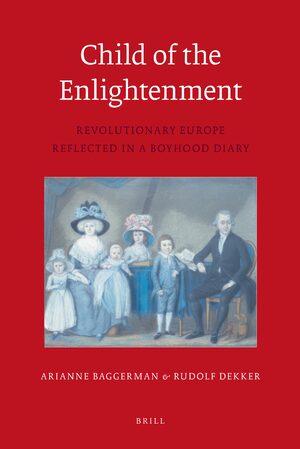 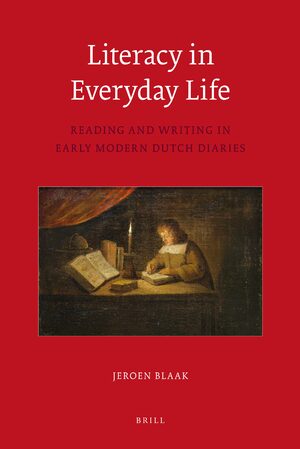