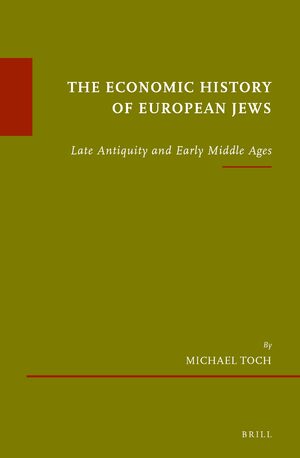 The Economic History of European Jews

Author: Michael Toch
The Economic History of European Jews attempts to make sense of the economic foundations of Jewish life in the different parts of late antique and early medieval Europe. In the first part Michael Toch describes the demographic arc, decline, subsequent rise, and spatial distribution of Jewish populations. This data is then broadened to include the range of economic activities. The second part analyses the actual share of Jews in different branches of the economy. This includes the idea of their pioneer role and the notion of an intercontinental network of Jewish commerce, the phenomenon of Jews in agriculture and entrepreneurship, gender roles and the household mode of production, and the difficult subject of the significance of minority status for economic activity, among other subjects.

"This is the most up-to-date scholarly reassessment of a century of both overly optimistic and occasionally negative interpretations of Jewish population and economic activities, a boon to students and researchers of the first millennium of the Jewish experience in Europe, and an interesting read for the general public."
S. Bowman, University of Cincinnati
E-Book

Scholars, students and educated laypeople interested in economic history and the history of the Jews.