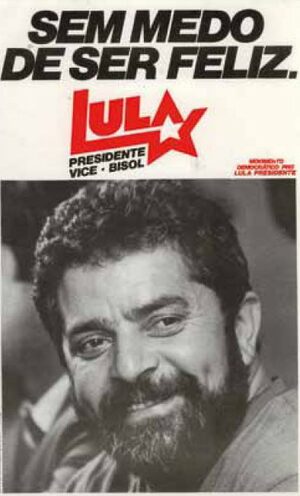 This collection
Perhaps the PT's development and presentation of various innovative approaches and instruments to confront the nation's major economic and social challenges explains both its successes and the peak in (international) attention.

This set focuses on the PT national periodicals and single-issued publications and clipping collection, besides other items such as the party first book of acts. After extensive research, all printed and electronic publications issued by the party National Board and Secretariat - with only small gaps related to missing issues - were assembled and microfilmed.

Those publications, up to that moment, had been scattered. In most cases many incomplete collections could be found in diverse locations and others were only available in digital form. The clipping collection provides a very useful tool for researchers interested not just in an important set of news related to different moments of PT life but also in understanding the ways in which the party itself was analyzing each specific political conjuncture from its origins to 1984.

FPA is a foundation of the PT that organizes debate, research and publication. Through its Projeto Memória & História, the Foundation has established a historical documentation center: Centro Sérgio Buarque de Holanda - Documentação e Memória Política. Here, the PT's historical archives and publications are stored, maintained and managed. The Fondação Perseu Abramo applied successfully for external funding to describe and catalog the archive and publications, and have the materials preserved on microfilm. A grant was awarded by the David Rockefeller Center for Latin American Studies, Harvard.

Historical documentation
The historical documentation of the PT also starts to be integrated with the most important centers of reference (nationally and internationally) specialized in the history of the Left, such as: São Paulo's State Archive, Archive Edgar Leuenroth at Unicamp, Harvard University Library and the International Institute of Social History in Amsterdam.

Still in 2004, the microfilming of newspaper's clipping and the periodicals regarding the trends of the party as "In Time", "The Work", among others will be concluded. The expectation is to have about 80 more rolls, reaching roughly 150,000 microfilmed pages in 2005.
Microfilm Collection