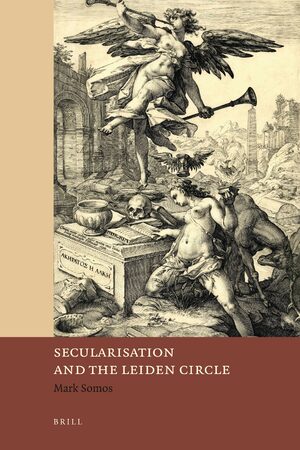 Secularisation and the Leiden Circle

Author: Mark Somos
This book shows how a group of early-seventeenth-century writers excluded theologically grounded argument from a wide range of disciplines, from the natural sciences to international relations. Somos uses richly contextualised portraits of Scaliger, Heinsius, Cunaeus and Grotius to develop a new model of secularisation as a contingent, cumulative, and incomplete process, with some unintended consequences. Facing severe conflict, the Leiden Circle realised that rival claims that staked their truth-content and validity on religious belief were ultimately irreconcilable. Gradually they removed such claims from acceptable discourse, contributing to the comprehensive secularisation that defines modernity. If blindness to religious claims has become definitive of modern politics, Somos concludes, recollecting its historical complexity and contingency is essential for overcoming some of its failures.
E-Book (PDF)

€182.00$225.00
​
Add to Cart
Mark Somos is Lecturer on Law at Harvard University, Research Director of the Edmond J. Safra Center for Ethics, and Senior Visiting Research Fellow at Sussex University. He holds a BA (Hons.) in History and an MPhil in Political Thought and Intellectual History from Cambridge, an AM in Government and Social Policy and a PhD in Political Science from Harvard, an LLM in International Security and Law from Sussex, and a PhD in Law from Leiden. Before returning to Harvard, Mark was a Leverhulme Fellow at Sussex, and a Rechtskulturen Fellow sponsored by the Wissenschaftskolleg zu Berlin at Humboldt University Law School.
In the detailed decoding of these erudite texts we find the main contribution of the book. To master this task requires impressive erudition on the historian's side and Somos certainly shows that he is up to the task. [...] The main contribution of the book is the intense focus on the scholars' secularising techniques. Somos is extremely apt in identifying and demonstrating the intellectual operations these scholars used to erode the power of reasoning based on Scripture. The diversity of the topics on which these secularising techniques are applied is fascinating and Somos always manages to show how they fit into a larger picture.
Justus Nipperdey, European Review of History: Revue européenne d'histoire, Vol. 21, No. 1 (2014), pp. 128-130

Secularisation and the Leiden Circle is a great triumph. [...] lurking beneath these detailed and learned chapters is an elegant thesis on modernity and the emergence of state forms...
Russ Leo, Renaissance Quarterly, Vol. 65, No. 2 (Summer 2012), pp. 504-506

Mark Somos has written a challenging and fascinating book. Secularisation and the Leiden Circle is to be commended for its topic (the much maligned origins and process of secularisation), for the author’s depth and breadth of knowledge and for his impressive research and analysis of the source material. It is a tour de force by any measure [...] I not only enjoyed it very much but I will return to it often as I am sure others will as well.
Esther Mijers, Reviews in History, Review No. 1288, July 19 2012

A substantial, insightful and persuasive study that deepens our understanding of pivotal but often misunderstood currents of thought that helped to shape western modernity.
Nicholas Keene, The Journal of Ecclesiastical History, Vol. 63, No. 04 (October 2012), pp. 829-830

Somos' Secularisation and the Leiden Circle is an important book with a convincing message and an impressive use of sources from Antiquity through the Middle Ages to the sixteenth and seventeenth centuries. […] Secularisation and the Leiden Circle is indeed an original contribution to Dutch intellectual history and to the history of secularisation. Somos' basic idea is of prime importance, his examples are convincing, and his analysis of until now mostly neglected sources is as necessary as his final plea for historical conscience and awareness much beyond historiography.
Sina Rauschenbach, Grotiana, Vol. 33 (2012), pp. 155-157

" Secularisation and the Leiden Circle is a book about the process of secularization of international relations by a variety of Dutch seventeenth-century authors. All of them were good Christians, but believed that writings about international affairs should be essentially secular and that religious conceptions and interventions could only contribute to discord among states.
One of the many remarkable things about his book is the elegance, eloquence, and wit of Dr. Somos's style. Even more striking is his extraordinary erudition. This study is particularly relevant to contemporary debates about the role of religion in world affairs."
Professor Stanley Hoffmann, Paul and Catherine Buttenweiser University Professor, Harvard University

"This elegant masterpiece addresses large questions in a large way. Against the common view that secularization requires a confident hold on truth underwritten by modern science, Somos shows that a group of important secularizers in the West—the circle of thinkers associated with Leiden in the seventeenth century – in fact did not reject religion for the god of science. On the contrary, they were often deeply religious. They wanted to liberate politics and history from religion not because they were atheists, but rather because they were pacifists. With verve, wit, and erudition, Somos recovers the reasons that prompted the West to make itself modern."
Professor Russell Muirhead, Robert Clements Professor of Democracy and Politics, Dartmouth College

"This work by a young scholar reveals an extraordinary depth of knowledge and an ability to tackle the most important issues. As religious conflict once again racks the world, Mark Somos shows us in vivid detail how it first became possible in Europe to separate politics from religion, and how sixteenth- and seventeenth-century theorists offer us guidance about the intellectual labour necessary to do so in our own time."
Professor Richard Tuck, Frank G. Thomson Professor of Government, Harvard University
Preface

I INTRODUCTION
1 Question and Term
2 Method: Leiden as Illustration
2.1 The Leiden Circle
2.1.1 A Thickening Description: Illustration and Contextualisation
3 The Medieval Background
3.1 The Omnipresence of Theology: Generic Problems and Solutions
3.1.1 IR Theology: Just War Theories During The Crusades
3.2 A Specific Example: The Reign of Philip IV
3.2.1 The Sacrosanct State and its Gallican Church
3.2.2 Crown vs. Tiara: Boniface VIII, Clement V and the Avignon Papacy
3.2.3 Expansion and Centralisation
3.3 The Persistence of Theological Politics
4 Change And Continuity: The Early Modern Crises of Christianity
4.1 The Religious Foundations of Early Modernity: Generic Problems and Solutions
4.2 A Specific Example: Historicisation as Secularisation’s Point of Entry
5 Scaliger’s Secularising Historiography: A Valuable Start to Constructing Leiden as Illustration