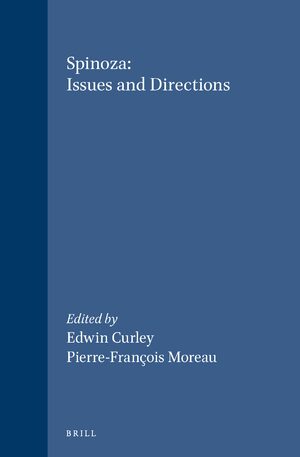 Proceedings of the Chicago Spinoza Conference, 1986

€130.00$161.00
​
Add to Cart
Edwin M. Curley is professor of philosophy at the University of Michigan and editor and translator of Spinozas Collected Works.

"...it is also certain that the volume including the lectures of the 1986 Chicago Spinoza Conference, fascinating by its very appearance, ranks very high among the congressional publications."
Boros Gabor, Magyar Filozofiai Szemle, 1995.

Specialists in the history of philosophy and especially in 17th century thought.