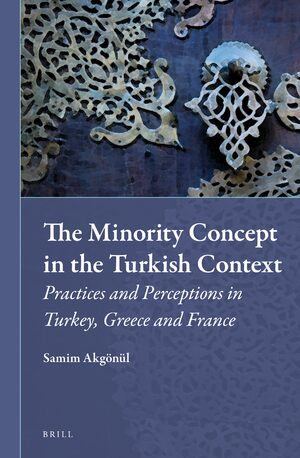 The Minority Concept in the Turkish Context

Practices and Perceptions in Turkey, Greece and France

Author: Samim Akgönül
In The Minority Concept in the Turkish Context, Samim Akgönül presents a conceptual discussion of the term ‘minority’ from various perspectives, most notably history, sociology and political science. The concept of minority has a specific understanding in the Turkish political, sociological and legal context due to the Ottoman Millet system approach. The conceptual discussion is illustrated by three case studies: religious minorities in Turkey that are the result of the elimination policies during the Turkish nation building process, Muslim minorities in Greece as heritage of the Ottoman domination until the 20th century, and new minorities originating from Turkey and living in France as the result of the Turkish immigration of 1960's and following decades.
E-Book

€104.00$134.00
​
Add to Cart
Samim Akgönül, Ph.D. (2001), historian and political scientist, is Professor at the Institute of International Relations and the Department of Turkish Studies of Strasbourg University. He is the executive editor of the Journal of Muslims in Europe, Brill.
“[…] a valuable read for both those uninitiated in the subject and those scholars who are interested in a conceptual as well as a comparative look at religious minorities.”
Yeşim Bayar in Turkish Review 3.6 (2013), 657-659.

Note by the Author
Introduction
Chapter 1: Minorities/Minority Religions. Reflections on the Turkish Context
Chapter 2: Minorities in Turkey. Minorities and the Building of the Turkish Identity
Chapter 3: Religious belonging and Transnationality. The Muslims of Greece
Chapter 4: Single Religious Belonging, Multiple National Belonging. People from Turkey in France
Conclusion
Bibliography
Students, scholars and all interested in identity and minority issues in the Turkish context.