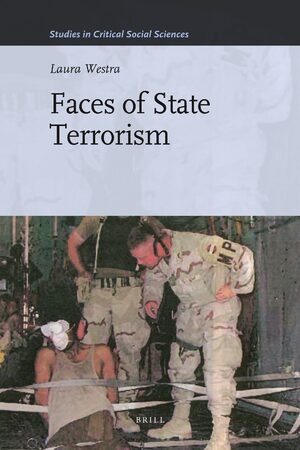 Series:  Studies in Critical Social Sciences, Volume: 42
Author: Laura Westra
Terrorism, a widespread global phenomenon, manifests itself in the actions and the policies of individuals and groups, but also and primarily in the actions and policies of states. Delving into the seldom-discussed question of the motivation for most episodes of terrorism, this book studies terrorism’s effects based on the economic and geopolitical imbalances that frame today's global governance. The main goal of terrorism is to induce terror, and perhaps to influence public opinion for political change. Many states hide their terrorist activities under the “faces” they show the world, masks intended to hide real aims of acquiring or expanding power and wealth. These activities, presented as “self-defense,” “preventive action,” “counter-measures” or even as promoting "progress and development," are forms of state terrorism that are much more widespread, powerful, and destructive than the actions originating from groups labeled terrorist since 9/11. This book examines the numerous illegal measures states use, from unlawful imprisonment and curtailing of civil liberties to torture, in the name of responding to terrorism. At the same time, it considers how trade and industrial activities terrorize people by depriving them of the natural resources they need to survive and by exposing communities to life-threatening hazardous conditions. In closing, the book considers how existing laws might stem the tide of state terrorism. The conclusions are not optimistic: the UN's systems and legal regimes are clear in defense of human rights, but the structure and nature of state power do not permit these mandates to prevail.

With a foreword by Tullio Scovazzi.
E-Book (PDF)

€116.00$146.00
​
Add to Cart
Laura Westra, Ph.D. (1982) in Philosophy, University of Toronto, and Ph.D. (2005) in Law, Osgoode Hall Law School, currently teaches environmental law at the University of Windsor, international law at the University of Milano (Bicocca) and a graduate course on Environmental Studies for Royal Roads University in Victoria,B.C. She has published twenty-seven monographs and collections on environmental justice and human rights issues and international law, and over 85 articles and chapters.
Foreword by Tullio Scovazzi
Acknowledgements
Introduction

1 Terrorism: A Conceptual Analysis
Introduction
Aggression and Terrorism in International Law 1972–2005: Working on an Impossible Definition
One Source: Two Major Global Phenomena
The Issues: Terrorism and Collective Human Rights
The Nature of Terrorism: A General Discussion
Early Research Literature on Terrorism
Towards a Non-legal Understanding of Terrorism in its Multiple Aspects
Just War in Antiquity and Early Christianity
From Morality to Law: Hugo Grotius
From Just War to the “War on Terror”
Just War and the International Human Rights
Conclusion: The “Necessity of Defending the Rule of Law”

2 Terrorism and Crime
Introduction
Political Crime: History and Background of the Issue
Criminal Consequences of Terrorism
Secret Prisons and Illegal Detentions
The Deprivation of Citizens’ Civil Liberties
The Material Support of Terrorism
Terrorism and Counter-terrorism Crime

3 Terrorism: Means and Motives, the Quest for Independence and the Limits to Self-Defense
Introduction
The Question of Justification
State Terrorism, Its Goals, Motives and Means: an Evaluation
The Moral Response to “Threats”
The Strongest Motive for Terrorism in Law, and Morality: Independence and Self- Determination
Other Motives for Terrorist Attacks
State Terrorism: Various Aspects and Responses
Ecoviolence and State Terrorism
Climate Change: The Watershed Issue of our Time
The International Community Response to Climate Change and the Threat to Human Rights
Ecoviolence and Plunder
Self-Defense: Justification, Excuse and Duress
Justification Based on Social Background

5 State Responsibility: Principles and Theory
Introduction: The “Age of Human Rights”?
Procedural or Substantive Human Rights?
Substantive Rights
George W. Bush: “Indictment for Torture”
The Link Between “Counter-insurgency” and the “War on Terror”: From Guantanamo to Abu Ghraib
The UN General Assembly Follow-up to the Advisory Opinion on the Legality of the Threat and Use of Nuclear Weapons
The Current Resolution (A/RES/65/76)
State Responsibility: From Hans Jonas to Parens Patriae
The Parens Patriae Doctrine: An Old Principle with Varied Applications
Parens Patriae; Weeramantry and Global Responsibility
Global Responsibility v. State Interests: Security Council Veto, 18 February 2011
Parens Patriae as “Sword and Shield”

7 Some Tentative Conclusions to a Disheartening Journey


General interest in law, sociology, international law and political science, on the part of both students and scholars.