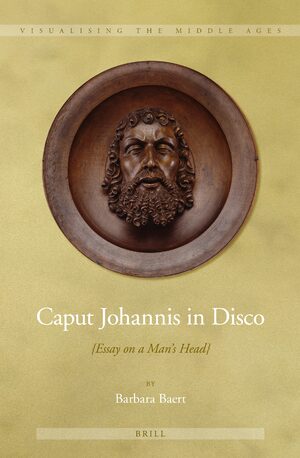 Series:  Visualising the Middle Ages, Volume: 8
Author: Barbara Baert
During the Middle Ages, the head of St John the Baptist was widely venerated. According to the biblical text, John was beheaded at the order of Herod’s stepdaughter, who is traditionally given the name Salome. His head was later found in Jerusalem. Legends concerning the discovery of this relic form the basis of an iconographic type in which the head of St John the Baptist is represented as an “object.” The phenomenon of the Johannesschüssel is the subject of this essay. Little is known about how exactly these objects functioned. How are we to understand this fascination with horror, death and decapitation? What phantasms does the artifact channel?
The present study offers the unique key to the Johannesschüssel as artifact, phenomenon, phantasm and medium.
Hardback

€155.00$193.00
Hardback
Add to Cart
Barbara Baert is Professor in Medieval Art at the University of Leuven. In 2006 she founded the Iconology Research Group, an international and interdisciplinary platform for the study of the interpretation of images. Her disciplines concern Sacred Topography, Visual Anthropology, Relics and Devotion and Art Theory. Recent books are Fluid Flesh. The Body, Religion and the Visual Arts ((Ed.) 2009) and Interspaces between Word, Gaze and Touch: The Bible and the Visual Medium in the Middle Ages (2011) and New Perspectives in Iconology: Visual Studies and Anthropology ((Eds.) 2012).
List of Illustrations ...xi Copyrights ...xix Acknowledgements ...xxiii Prologue ...1 1.The narrative ...9 2.The relics ...22 3.The genesis of an artifact ...45 4.The liturgical calendar: performative acts and therapy ...61 5.The sacramental context: water and blood ...83 6.The Andachtsbild: the gaze and the senses ...105 7.The Medusa efffect ...130 8.Skull cult ...143 9.Sacrifĳice and dance ...153 10.In utroque: genealogy and foundation ...166 11.In utroque: head and face...184 12.The executioner’s arm: painting as blood ...205 13.Epilogue: Nachleben ...211 Bibliography ...225 Index ...247
All interested in sacred topography, visual anthropology, relics and devotion and art theory regarding iconology and cultural anthropology with main interest in the Middle Ages and Early Modernity