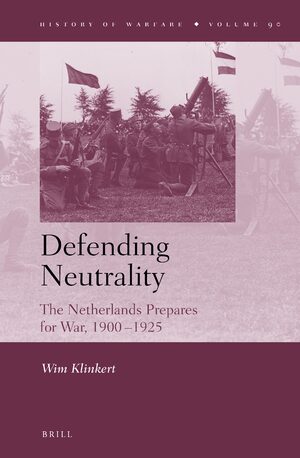 Series:  History of Warfare, Volume: 90
Author: Wim Klinkert
The small neutral states of Europe have until now only marginally been included in the historiography of the First World War. This volume deals in depth with The Netherlands, and specifically its war preparations. Being a small country close to the battlefield of the Western Front, it could not be sure its neutrality would be repected by the warring states. How did the country prepare itself militarily and how did these preparations differ from the way the warring states adjusted to the reality of modern, total war? Was modern, technological warfare even possible for small states and if not, in what way could it ensure its survival when the worst came to worst? This volume analyses technological innovation, intelligence and ideas on the societal and political impact of modern warfare in The Netherlands before, during and after the Great War.
E-Book (PDF)

€144.00$173.00
​
Add to Cart
Wim Klinkert, Ph.D. (1992) in History, University of Leiden, is Associate Professor of Military History at the Netherlands Defence Academy and is professor of Military History at the University of Amsterdam. His publications focus on Dutch military history between 1870 and 1945 and include (co-edited with Herman Amersfoort) Small Powers in the Age of Total War, 1900-1940 (Brill, 2011).
List of Illustrations ... vii

All interested in military history, especially of the early twentieth century and anyone interested in the role of small states and neutrality in the period of modern, technological warfare.