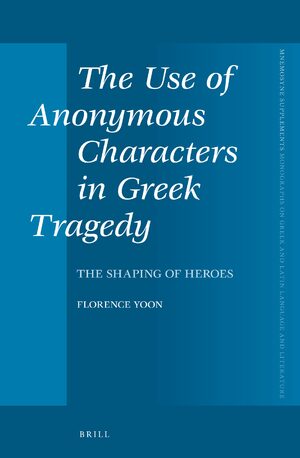 The Use of Anonymous Characters in Greek Tragedy

The Shaping of Heroes

Author: Florence Yoon
Anonymous characters appear in almost every extant Greek Tragedy, yet they have long been overlooked in critical scholarship. This book argues that the creation and use of anonymous figures is an important tool in the transformation of traditional mythological heroes into unique dramatic characters. Through close reading of the passages in which nameless characters appear, this study demonstrates the significant impact of their speech, actions, and identity on the characterization of the particular named heroes to whom they are attached. Exploring the boundaries between anonymity and naming in mythico-historical drama, the book draws attention to an important but neglected aspect of the genre, suggesting a new perspective from which to read, perform, and appreciate Greek Tragedy.
E-Book

All those interested in Greek Tragedy, character and characterization in classical literature, the adaptation of mythological tradition, the dynamics of naming and anonymity, and dramatic techniques in general.