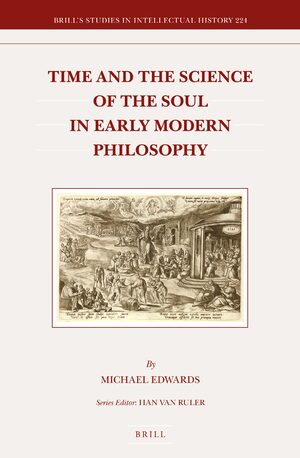 Time and the Science of the Soul in Early Modern Philosophy

Series:  Brill's Studies in Intellectual History, Volume: 224
Author: Michael Edwards
For many early modern philosophers, particularly those influenced by Aristotle’s Physics and De anima, time had an intimate connection to the human rational soul. This connection had wide-ranging implications for metaphysics, natural philosophy and politics: at its heart was the assumption that man was not only a rational, but also a temporal, animal.
In Time and the Science of the Soul in Early Modern Philosophy, Michael Edwards traces this connection from late Aristotelian commentaries and philosophical textbooks to the natural and political philosophy of two of the best-known ‘new philosophers’ of the seventeenth century, Thomas Hobbes and René Descartes. The book demonstrates both time’s importance as a philosophical problem, and the intellectual fertility and continued relevance of Aristotelian philosophy into the seventeenth century.
E-Book (PDF)

$138.00
​
Add to Cart
‘’His book is an original, subtle and approachable contribution to the history of the philosophy of time.’’
David van Dusen, University of Leuven. In: Times Literary Suplement, August 15, 2014, p. 27.

PART I: ARISTOTELIAN AND LATE SCHOLASTIC THEORIES OF TIME AND THE SOUL

Chapter 2: Psychology, the Science of the Soul

PART II: TIME AND THE SCIENCE OF THE SOUL IN THE NEW PHILOSOPHY

Conclusion: Time and the Science of the Soul between Disciplines