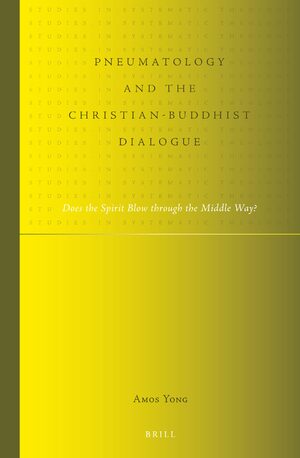 Pneumatology and the Christian-Buddhist Dialogue

Does the Spirit Blow through the Middle Way?

Author: Amos Yong
Recent thinking in Christian theology of religions has taken a “pneumatological turn” which asks how the doctrine of the Holy Spirit can contribute to the interreligious dialogue and to the emerging discourse of comparative theology. Pneumatology and the Christian-Buddhist Dialogue. Does the Spirit Blow through the Middle Way? tests the viability of this approach as applied to the Christian-Buddhist dialogue. Various Christian and Buddhist traditions are compared and contrasted within a pneumatological framework. Is the Holy Spirit to be found along the Buddha’s middle way? Some Christians say yes, while others demur. The thesis of this volume is that such a pneumatological perspective opens up possibilities for the deepening and transformation of Christian theology in the religiously plural world of the twenty-first century.
E-Book (PDF)

€155.00$193.00
​
Add to Cart
Amos Yong, Ph.D. (1998) Systematic Theology, Boston University, is J. Rodman Williams Professor of Theology at Regent University School of Divinity, and the author/editor of many books, including The Cosmic Breath: Spirit and Nature in the Christianity-Buddhism-Science Trialogue (Brill, 2012).
This is a brave and passionate book, clearly written and meticulously researched. Seeking faithfulness to Christianity and respect for Buddhism’s integrity, and using pneumatological categories as inspiration, Yong brings pneuma (Spirit), hesychast stillness and pentecostal demonology into dialogue with śūnyatā (emptiness), Buddhaghosa’s Visuddhimagga and Buddhist exorcism, in an act of creative and rigorous Christian theology. Differences are not hidden. Similarities are not forced. But numerous touching points between the two religions arise, fertile with theological implication. Neither religion can remain unperturbed after this book. It will become a benchmark for a theology that seeks transformation through the religious ‘other’. Elizabeth Harris, Senior Lecturer in Comparative Study of Religions, Liverpool Hope University, and President of the European Network of Buddhist-Christian Studies.

Amos Yong has given us a sterling example of how to do theology comparatively. The scope of this book is ambitious, ranging from desert spirituality to demonology. For all its impressive erudition, the book is rooted in Yong’s personal journey of faith from a closed-minded view of anyone outside his Pentecostal community to a realization that the lives of those who follow other religious paths can inspire Christians to embrace their own faith in new ways. A valuable book, highly recommended. James L. Fredericks, Professor of Theological Studies, Loyola Marymount University, Los Angeles.

Amos Yong's Pneumatology and the Christian‐Buddhist Dialogue is an impressive exercise in comparative theology (...). It establishes sensible grounds for a productive Christian‐Buddhist encounter, provides signposts for future ventures and helps to eliminate misconceptions about Buddhism and Pentecostalism. The work may well challenge the reader in quite unexpected ways and perhaps even increase her commitment to her own faith tradition.
Anita C. Ray in Australian eJournal of Theology

There is not, to my knowledge, another current example of comparative theology that is as constructive, not to mention theologically responsible and dialogical, as what this volume offers. The book’s second section in particular would be invaluable for graduate students and scholars as an example of active, constructive, fair-minded comparative theology. For demonstrating how the work ought to be done, and as a partner in theological conversation along the way, Amos Yong again proves himself cutting-edge.
Samuel J. Young in American Theological Inquiry

Yong's book, in its sophisticated reflections on methodology and attention to detail and diversity of traditions, represents some of the best current work in comparative theology. He shows each of us how our own religious worlds may be enriched and expanded through a thoughtful encounter with religious others. This book is a major contribution to Buddhist-Christian learning, to methodology in comparative theology, and to every religious tradition's ongoing effort to discern its most authentic response to the pluralistic world of the twenty-first century.
John Makransky Associate Professor of Buddhism and Comparative Theology at Boston College, in Pneuma 36: 1 (2014).

Yong's book is a comprehensive and very intriguing study into Christian-Buddhist encounter, comparative theology and interreligious dialogue. [...] His discussion contributes to and opens up for further discussion and theological exploration of what the Christian message means in our contemporary world. [...] I would like to commend Yong for the fact that he compares and discusses various Christian and Buddhist traditions. All too often, one talks about Christian-Buddhist dialogue in a way that gives the impression that we are talking about the encounter between two homogenous traditions.
Kari Storstein Haug School of Mission and Theology, Stavanger, Norway in Exchange 43: 1 (2014)

Part I – Spirit and Emptiness: Divine Presence, Human Nature, and the Middle Way

Chapter 3 – Shunyata: The World and Becoming Human in East Asian Buddhism
3.1 Anatman and Shunyata in Early Buddhist Traditions
3.2 Shunyata, Human Nature, and the Neurosciences
3.3 Pratityasamutpada, the Human Person and Interrelationality

Chapter 4 – Toward a Comparative Christian-Buddhist Anthropology
4.1 Pneuma and Shunyata: On Human Being and Becoming
4.2 Interpreting the Human: Pneumato-christological Perspectives
4.3 Method in Science and Religion: A Pneumatological Assist

Part II – Spirit, Salvation, and the Eightfold Path: Divine Activity and Liberation along the Middle Way

Chapter 5 – Becoming Divine: Eastern Orthodoxy and the Desert Tradition of Spirituality
5.1 The Spirituality of the Desert
5.2 The Desert Path and the Psycho-Dynamics of Liberation in the Philokalia
5.2.1 The Way of the Desert and the Mortification of the Flesh
5.2.1 Spiritual Warfare and the Illumination of the Mind
5.2.3 Deification and the Hesychast Stillness of Heart
5.3 The Jesus Prayer and the Journey to God

Chapter 7 – Toward a Comparative Christian-Buddhist Soteriology
7.1 A Phenomenology of Deification and Perfection
7.2 The Psychology and Epistemology of Liberation
7.3 Salvation: Pneumatological and Buddhological Comparisons and Contrasts

Part III – The Satan and Mara: Divine Absence and the Demonic Threatening the Middle Way

Chapter 9 – Buddhist Traditions of the Demonic
9.1 Textual and Doctrinal Perspectives on Buddhist Demonologies
9.2 The Praxis of Buddhist Exorcisms
9.3 Toward a Buddhist Hermeneutics of the Demonic

Chapter 10 – Toward a Comparative Christian-Buddhist Cosmology
10.1 From a Phenomenology to a Cosmology and Soteriology of the Demonic
10.2 Interpreting the Demonic: A Cross-cultural and Interreligious Understanding
10.3 Toward a Christian Discernment of Spirit(s) “after” Buddhism 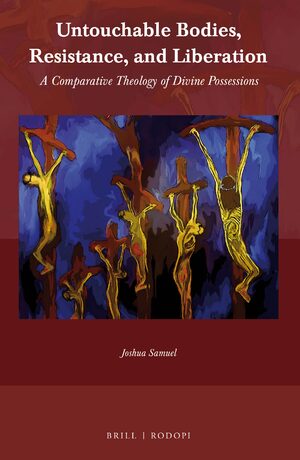 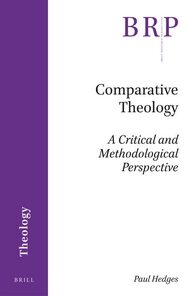 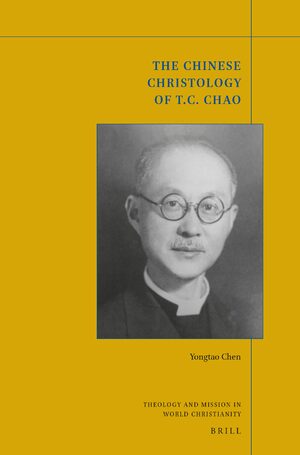