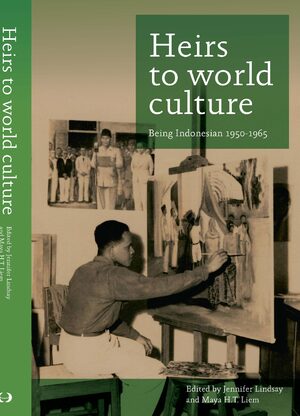 Editor: M.H.T. Sutedja-LIem
This volume brings together new scholarship by Indonesian and non-Indonesian scholars on Indonesia’s cultural history from 1950-1965. During the new nation’s first decade and a half, Indonesia’s links with the world and its sense of nationhood were vigorously negotiated on the cultural front.
Indonesia used cultural networks of the time, including those of the Cold War, to announce itself on the world stage. International links, post-colonial aspirations and nationalistic fervour interacted to produce a thriving cultural and intellectual life at home.
Essays discuss the exchange of artists, intellectuals, writing and ideas between Indonesia and various countries; the development of cultural networks; and ways these networks interacted with and influenced cultural expression and discourse in Indonesia.
With contributions by Keith Foulcher, Liesbeth Dolk, Hairus Salim HS, Tony Day, Budiawan, Maya H.T. Liem, Jennifer Lindsay, Els Bogaerts, Melani Budianta, Choirotun Chisaan, I Nyoman Darma Putra, Barbara Hatley, Marije Plomp, Irawati Durban Ardjo, Rhoma Dwi Aria Yuliantri and Michael Bodden.
E-Book (PDF)

€62.00$83.00
Paperback
Add to Cart
About MyBook
"This book will become a founding publication of research on the cultural and social history of Soekarno’s Old Order. It will stimulate new research [...] and begins to fill in the gaps that have existed for the past half a century" – Laurie Sears
"[...] reveals the highly charged debates and conflicts over artistic practice in the newly independent Indonesian state during the Soekarno era in their infinite complexities" – Frances Gouda