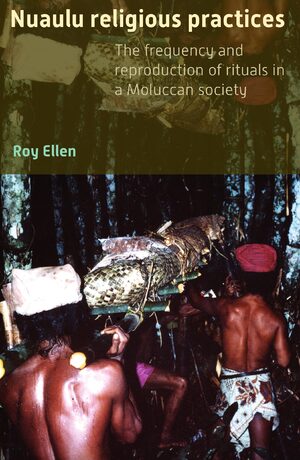 The Frequency and Reproduction of Rituals in Moluccan Society

Author: Roy F. Ellen
How religious practices are reproduced has become a major theoretical issue. This work examines data on Nuaulu ritual performances collected over a 30 year period, comparing different categories of event in terms of frequency and periodicity. It seeks to identify the influencing factors and the consequences for continuity.
Such an approach enables a focus on related issues: variation in performance, how rituals change in relation to material and social conditions, the connections between different ritual types, the way these interact as cycles, and the extent to which fidelity of transmission is underpinned by a common model or repertoire of elements.
This monograph brings to completion a long-term study of the religious behaviour of the Nuaulu, a people of the island of Seram in the Indonesian province of Maluku. Ethnographically, it is important for several reasons: the Nuaulu are one of the few animist societies remaining on Seram; the data emphasize patterns of practices in a part of Indonesia where studies have hitherto been more concerned with meaning and symbolic classification; and because Nuaulu live in an area where recent political tension has been between Christians and Muslims. Nuaulu are, paradoxically, both caught between these two groups, and apart from them.
E-Book (PDF)

About MyBook
Roy Ellen is Professor of Anthropology and Human Ecology at the University of Kent, a Fellow of The British Academy, and was president of the Royal Anthropological Institute between 2007 and 2011. He was trained at the London School of Economics and at the University of Leiden. Among his other books are The cultural relations of classification (on Nuaulu animal categories) and On the edge of the Banda zone (on trade in east Seram).
'As a product of prolonged and dedicated labour also on his part, this book is a fine achievement and should be an inspiration to others to examine the emergent properties of ritual systems in their entirety.'
Roxana Waterson, ASEASUK News 53 (2013).