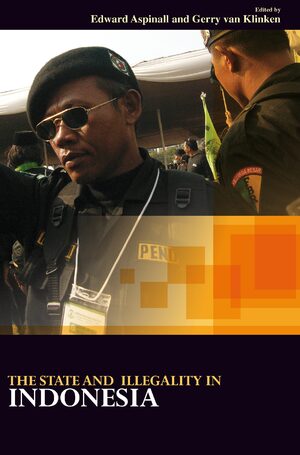 The State and Illegality in Indonesia

Authors: E. Aspinall and G. van Klinken
The popular 1998 reformasi movement that brought down President Suharto’s regime demanded an end to illegal practices by state officials, from human rights abuse to nepotistic investments. Yet today, such practices have proven more resistant to reform than people had hoped.
Many have said corruption in Indonesia is "entrenched". We argue it is precisely this entrenched character that requires attention. What is state illegality entrenched in and how does it become entrenched? This involves studying actual cases. Our observations led us to rethink fundamental ideas about the nature of the state in Indonesia, especially regarding its socially embedded character. We conclude that illegal practices by state officials are not just aberrations to the state, they are the state. Almost invariably, illegality occurs as part of collective, patterned, organized and collaborative acts, linked to the competition for political power and access to state resources. While obviously excluding many without connections, corrupt behaviour also plays integrative and stabilizing functions. Especially at the lower end of the social ladder, it gets a lot of things done and is often considered legitimate.
This book may be read as a defence of area studies approaches. Without the insights that grew from applying our area studies skills, we would still be constrained by highly stylised notions of the state, which bear little resemblance to the state’s actual workings. The struggle against corruption is a long-term political process. Instead of trying to depoliticize it, we believe the key to progress is greater popular participation.
With contributions from Simon Butt, Robert Cribb, Howard Dick, Michele Ford, Jun Honna, Tim Lindsey, Lenore Lyons, John McCarthy, Ross McLeod, Marcus Mietzner, Jeremy Mulholland, Gerben Nooteboom, J Danang Widoyoko and Ian Wilson. This book is the result of a series of workshops supported, among others, by the Australian-Netherlands Research Collaboration (ANRC).
E-Book

€62.00$83.00
Paperback
Add to Cart
About MyBook
'An intriguing [...] and thought-provoking volume on the nexus between the state and illegality. It treats illegality not as an abnormality, but as an integral aspect of statecraft and social life. The book advances theoretical discussions, embedding them in rich empirical material that sheds light on the ways in which people in different localities and sectors in Indonesia use, make sense of, and negotiate illegality. It will benefit students and scholars from various disciplines, seeking to explore the social meanings and functions of illegality in the everyday life of the nation.' – Barak Kalir, University of Amsterdam