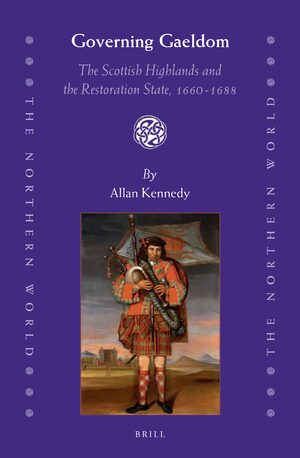 The Scottish Highlands and the Restoration State, 1660-1688

Author: Allan D. Kennedy
Conventional accounts of the Scottish Highlands tend to assume that they remained detached from the mainstream of British affairs until well into the eighteenth century. In Governing Gaeldom, Allan Kennedy challenges this perception through detailed analysis of the relationship between the Highlands and the Scottish state during the reigns of Charles II and James VII & II.
Drawing upon a wide range of sources, Kennedy traces the political, social, ecclesiastical and economic linkages between centre and periphery, demonstrating that the Highlands were much more tightly integrated than hitherto assumed. At the same time, he reconstructs the development of Highland policy, placing it within its proper context of the absolutist pretensions of the late-Stuart monarchy. The result is a thorough reinterpretation which offers fresh insights into the process of state-formation in early-modern Britain.

The volume has been awarded the Frank Watson Book Prize for 2015. For more details see:
https://www.uoguelph.ca/scottish/frank_watson

This title is shortlisted for the Saltire Society 2014 History Book of the Year Award. For more details see:
http://www.saltiresociety.org.uk/awards/literature/literary-awards/scottish-history-book-of-the-year/2014-history-book-shortlist/

€142.00$174.00
​
Add to Cart
Allan Kennedy gained his Ph.D. from the University of Stirling in 2012. He is the author of several articles on aspects of medieval and early-modern Scotland, and is currently Research Associate in British/Scottish History at the University of Manchester.
Acknowledgements…viii
List of Tables, Figure and Illustrations …ix
Abbreviations and Notes… xi
Maps… xii

PART One: Centre and Periphery …15
1 The Highlands in Britain …17
2 The Nature of the Highland Problem …66
3 The Highlands and the ‘Fiscal-Military’ State …112

All those interested in the Highlands, Scotland, British state formation and centre-periphery interaction in early-modern Europe.