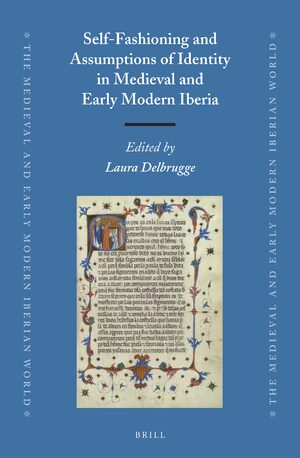 €134.00$174.00
​
Add to Cart
Laura Delbrugge, Ph.D. (1996), Pennsylvania State University is Professor of Spanish at the Indiana University of Pennsylvania. She has published editions on works by Andrés de Li, including Reportorio de los tiempos (Tamesis, 1999) and Thesoro de la passion (Brill, 2011).
"...One of the strengths of this volume is its cohesiveness. Several themes tie various chapters together and the reader has the delight of referring back and forth to chapters as he or she is drawn into the various chapters. [...] As a whole the volume is not only an important contribution to the field, but an impressively cohesive examination of a diverse range of topics."
Samuel Claussen, California Lutheran University, in AARHMS, Books Reviewed, http://aarhms.wildapricot.org/New_Book_Reviews/5349592
"...These elegantly written essays, solidly grounded in empirical research and skillfully edited by Laura Delbrugge, test the boundaries of the concept of "self-fashioning" and show it to be a remarkably malleable and useful methodology for the study of identity... It opens the field of research to wider questions of race, gender, and class and in so doing, further integrates the Spanish renaissance into a wider European context.... All twelve essays argue a coherent thesis: Self-fashioning is the result of individual agency, conscious or unconscious, and not just the result of social or structural forces..."
Therese Earenfight, The Medieval Review, 16.10.11, https://scholarworks.iu.edu/journals/index.php/tmr/article/view/22717/28610