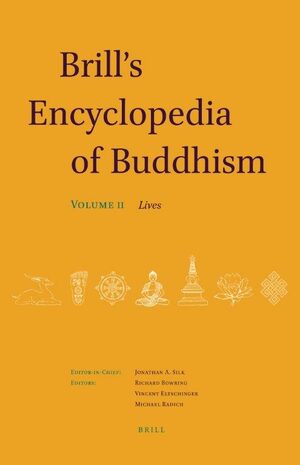 Editor-in-Chief: Jonathan Silk
Volume Editors: Vincent Eltschinger, Richard Bowring, and Michael Radich
Edited by Jonathan A. Silk Leiden University, Editor-in-Chief. Editors: Richard Bowring, University of Cambridge, Vincent Eltschinger, EPHE, Paris, and Michael Radich, Heidelberg University
Brill’s Encyclopedia of Buddhism is the first comprehensive academic reference work devoted to the plurality of Buddhist traditions across Asia, offering readers a balanced and detailed treatment of this complex phenomenon in six thematically arranged volumes: literature and languages (I, publ. 2015), lives (II, publ. 2019), thought (III), history (IV), life and practice (V), index and remaining issues (VI).
Each volume contains substantial original essays by many of the world’s foremost scholars, essays which not only cover basic information and well-known issues but which also venture into areas as yet untouched by modern scholarship. An essential tool for anyone interested in Buddhism.
An online resource will provide easy access to the encyclopedia’s ever-growing corpus of information.
Brill’s Encyclopedia of Buddhism is under the general editorial control of Jonathan Silk ( Leiden University, editor-in-chief), Richard Bowring ( University of Cambridge) and Vincent Eltschinger ( École Pratique des Hautes Études, Paris). In addition, each volume has a dedicated board of specialist editors.

€410.00$495.00
Hardback
Add to Cart
Jonathan Silk is professor in the study of Buddhism at Leiden University. His research centers on the scriptural literature of Indian Buddhism, with particular attention to Mahāyāna sūtras and their translations into Chinese and Tibetan. His major publications include Buddhist Cosmic Unity (2015), Riven by Lust: Incest and Schism in Indian Buddhist Legend and Historiography (2008), and Managing Monks: Administrators and Administrative Roles in Indian Buddhist Monasticism (2008), as well as numerous articles. Among other roles, he is editor-in-chief of the Indo-Iranian Journal.
Vincent Eltschinger, is Professor for Indian Buddhism at the École Pratique des Hautes Études, PSL Research University, Paris. His research focuses on the religious background, apologetic dimensions and genealogy of Buddhist philosophy. His numerous publications are dedicated mainly to the Buddhists’ polemics against Brahmanism from Aśvaghoṣa to late Buddhist epistemologists. Mention can be made of Penser l’autorité des Écritures (2007), Caste and Buddhist Philosophy (2012), Buddhist Epistemology as Apologetics (2014), Self, No-Self and Salvation (2013, together with Isabelle Ratié).
Richard Bowring is Professor Emeritus of Japanese Studies at the University of Cambridge, having held previous posts at Monash, Columbia and Princeton. He is known for his wide-ranging interest in many aspects of Japanese culture, from Murasaki Shikibu to Mori Ōgai. His more recent work includes two books on the religious and intellectual history of Japan: The Religious Traditions of Japan, 500–1600 (Cambridge University Press, 2005) and In Search of the Way: Thought and Religion in Early-ModernJapan, 1582–1860 (Oxford University Press, 2017).
Michael Radich formerly taught at Victoria University of Wellington, New Zealand, and is now Professor of Buddhist Studies at Heidelberg. His Harvard PhD (2007) was entitled “The Somatics of Liberation”. He is author of How Ajātaśatru Was Reformed (2011), and The Mahāparinirvāṇa-mahāsūtra and the Emergence of Tathāgatagarbha Doctrine (2015).

Editorial Advisory Board: Lucia Dolce, Berthe Jansen, Johan Elverskog, Christian Lammerts, and Francesco Sferra.
All those interested in religions in South Asia, the history of Buddhism, as well as Indologists and historians of religions. 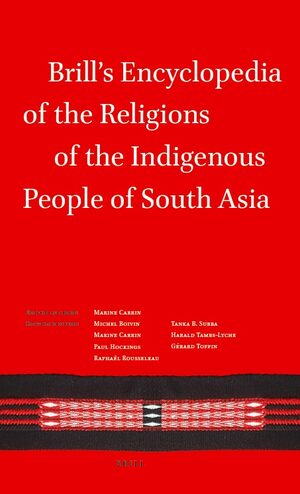 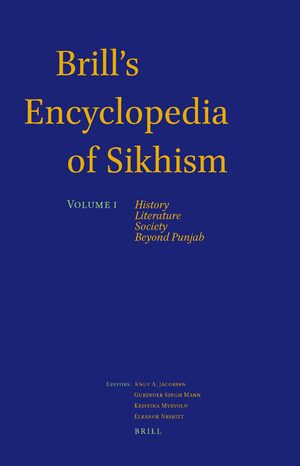 Brill's Encyclopedia of Buddhism. Volume One 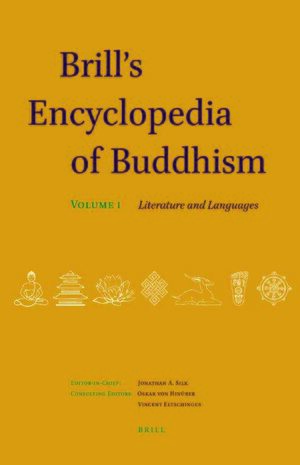