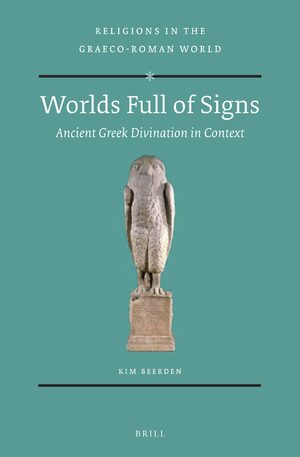 Author: Kim Beerden
Worlds Full of Signs compares Greek divination to divinatory practices in Neo-Assyrian Mesopotamia and Republican Rome. It argues that the character of Greek divination differed fundamentally from that of the two comparanda. Ample attention is given to background and method at first. Subsequent chapters discuss the divinatory elements – sign, homo divinans, and text, relating divination to time and uncertainty. This book brings together sources originating from various times and places, questioning these to consider both generalities of ancient divination and specifics of Greek divination. Greek divination was inherently flexible on many levels: these findings should be connected to Greek views on time and the future as well as the relatively low level of divinatory institutionalization.
E-Book (PDF)

All those interested in the history of divination, ancient religions, Classical Studies, ancient Near Eastern Studies and comparative history of religions.