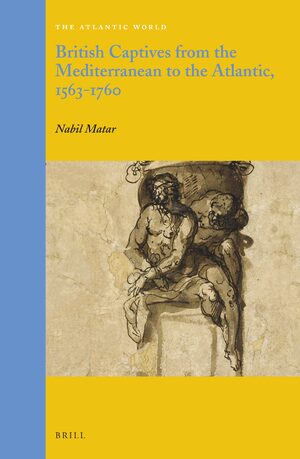 British Captives from the Mediterranean to the Atlantic, 1563-1760

Author: Nabil Matar
British Captives from the Mediterranean to the Atlantic, 1563-1760 provides the first study of British captives in the North African Atlantic and Mediterranean, from the reign of Elizabeth I to George II. Based on extensive archival research in the United Kingdom, Nabil Matar furnishes the names of all captives while examining the problems that historians face in determining the numbers of early modern Britons in captivity.
Matar also describes the roles which the monarchy, parliament, trading companies, and churches played (or did not play) in ransoming captives. He questions the emphasis on religious polarization in piracy and shows how much financial constraints, royal indifference, and corruption delayed the return of captives. As rivarly between Britain and France from 1688 on dominated the western Mediterranean and Atlantic, Matar concludes by showing how captives became the casus belli that justified European expansion.
E-Book (PDF)

€130.00$160.00
​
Add to Cart
Nabil Matar, Ph.D. (1976), Cambridge University, is Professor of English at the University of Minnesota. From 1998-2005, he published a trilogy on Britain and the Islamic World, along with other monographs, articles, and encyclopedia entries. He is the author of Henry Stubbe and the Beginnings of Islam (2013).
"Professor Matar has offered [...] a fitting testament in this valuable, incisive, and insightful book, and an exacting framework for future scholars to build upon his commitment and in-depth research." - John Callow, University of Suffolk, in The Seventeenth Century, 32:1, pp. 103-107
"Nabil Matar’s new study complements his extensive previous research into the relations between Great Britain and North Africa. Matar examines the question of British captivity, first, to provide better figures for the total numbers of Britons seized and, second, to distinguish between captives (merchants and others who might have been captured while sailing in the wrong place at the wrong time) and prisoners (of war, pirates, or others who themselves broke the terms of existing treaties). [...] His aim is to contextualize Mediterranean captivity while defusing its utility as a transhistorical flashpoint for Christian-Muslim enmity. The enduring force of the Mediterranean divide as a conceptual category seems likely to resist even this effort at archival correction. Nonetheless, this book is an admirable attempt to tell a more accurate story, in terms of both numbers and the important distinctions among captives. Captivity was far more nuanced than we recognize, Matar argues, determined by national allegiances and specific political contexts rather than by any timeless enmity between East and West, or Islam and Christianity." - Barbara Fuchs, UCLA, in: The Journal of African History, 57(3), pp. 466-468
"Nabil Matar’s British Captives from the Mediterranean to the Atlantic, 1563–1760 [...] is a well-documented attempt to assess the number of Britons who were actually captured and taken to North Africa, and to distinguish between ‘captives’ and “prisoners of war or pirates or men breaking the terms of peace and commerce treaties.” The task Matar has set himself is by no means easy. Western contemporaries were only too delighted to provide statistics, but in the vast majority of cases these were manifestly unreliable and can be seen as part of the traditional anti-Islamic propaganda campaign. In a copious appendix Matar gives, in his own words, a list of “every captured man, woman, and child (that I have found) in a chronological order.” The documents he uses are signed petitions; reports of captives seized or ransomed; lists of ransomed captives drawn up by British factors, sea captains, and government emissaries; a very few lists of ransoms negotiated by North African rulers; and accounts by captives who escaped and managed to return home. The time span covered, from 1563 to 1760, is considerable, and, in view of their reliability, the documents can be taken as a trustworthy indication of the minimum number of captives in North Africa. [...] British Captives from the Mediterranean to the Atlantic is based on thorough research in the British National Archives, the British Library, and elsewhere in both England and France. It will thus be of the greatest use to historians." - Alastair Hamilton, The Warburg Institute, London, in Church History and Religious Culture 95 (2015) 41–127, pp. 91-92
"The book highlights the need for a broader reassessment of the nature of captivity, war, state formation, imperial politics and commerce in the early modern western Mediterranean and eastern Atlantic. [...] Matar has written numerous books and articles on the broader topic of Britain and the Islamic World, and some of his best stories like that of Ahmad al-Mansur and Queen Elizabeth I negotiating for the release of British, Dutch and French captives are told elsewhere. This book is probably not the place to start in order to get a broad sense of the important work he has done. However, there is something poignant about Matar’s “last foray into the area of captivity studies,” as he is a true master of the field." - Robert Batchelor, Georgia Southern University, in Seventeenth Century News, Vol. 74, Nos. 1&2, pp. 25 - 29
Apologia
Foreword
A Note on Citations
List of Figures
Introduction