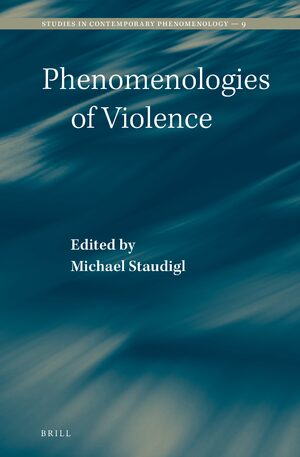 Editor: Michael Staudigl
Phenomenologies of Violence presents phenomenology as an important method to investigate violence, its various forms, meanings, and consequences for human existence. On one hand, it seeks to view violence as a genuine philosophical problem, i.e., beyond the still prevalent instrumental, cultural and structural explanations. On the other hand, it provides the reader with accounts on the many faces of violence, ranging from physical, psychic, structural and symbolic violence to forms of social as well as organized violence.
In this volume it is argued that phenomenology, which has not yet been used in interdisciplinary research on violence, offers basic insights into the constitution of violence, our possibilities of understanding, and our actions to contain it.

€117.00$143.00
​
Add to Cart
Michel Staudigl, Ph.D. (2000), Vienna University, is Head of Research and Lecturer at the Department of Philosophy at Vienna University. He has published many books and articles in the field of phenomenology and its interdisciplinary applications.
"As a whole, the chapters put a very solid spine on Staudigl’s focal frame for a phenomenological engagement that thematizes its matter from the perspective of lived experience—where the subtle interplay of sense and violence has everything to do with the problem of violence in concreto…The volume is an unusual stroke of good fortune for scholars and students working on violence from the side of phenomenology or violence studies more broadly." – Christopher Yates, Cont Philos Rev (2015) 48:383-389, © Springer Science+Business Media Dordrecht 2015

All interested in phenomenology, its interdisciplinary applications, and research on violence. Readership will involve academic libraries, specialized institutions, post-graduate students, and researchers.