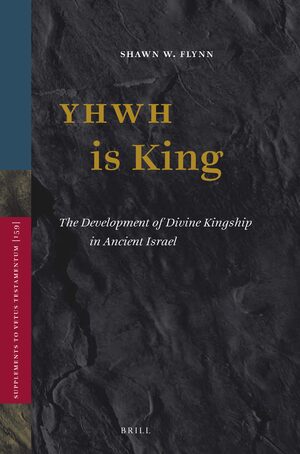 The Development of Divine Kingship in Ancient Israel

Author: Shawn W. Flynn
Amidst various methodologies for the comparative study of the Hebrew Bible, at times the opportunity arises to improve on a method recently introduced into the field. In YHWH is King, Flynn uses the anthropological method of cultural translation to study diachronic change in YHWH’s kingship. Here, such change is compared to a similar Babylonian development to Marduk’s kingship. Based on that comparison and informed by cultural translation, Flynn discovers that Judahite scribes suppressed the earlier YHWH warrior king and promoted a creator/universal king in order to combat the increasing threat of Neo-Assyrian imperialism. Flynn thus opens the possibility, that Judahite scribes engaged in a cultural translation of Marduk to YHWH, in order to respond to the mounting Neo-Assyrian presence.
E-Book (PDF)

€115.00$143.00
​
Add to Cart
Shawn W. Flynn, PhD. (2012), University of Toronto, is an Associate Professor of Hebrew Bible at Saint Joseph's College-University of Alberta. He has published articles in journals such as Biblica and Catholic Biblical Quarterly.
“In a learned and clearly written work, Flynn has engaged a central problem in the study of the Hebrew Bible, asking why notions of YHWH’s kingship changed during the period of the late monarchy, and subsequently, what external historical triggers prompted these changes. . . .In sum, then, this book is one of the few that appear each year that can rightly be called important. . .It should be taken with the utmost seriousness by our field as we rethink both the immediate issue in the history of Israelite religion and the larger challenge of locating biblical traditions in history. A fair-minded reader must be grateful to Flynn for the care, vigor, and imagination that he has brought to writing this instructive book, which one hopes will be the first of many from his hand”.

For those interested in Hebrew Bible, Israelite religion, deities and divinities in the HB and ANE; important developments prior to monotheism, near Eastern history, as well as developments in comparative methodology.