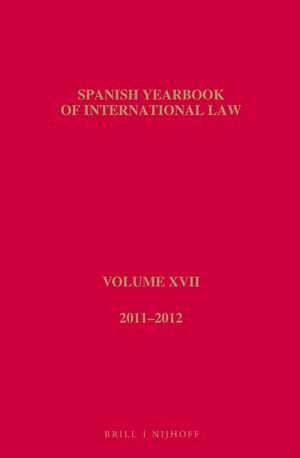 Editor: Asoc. Esp. Prof. Derecho Int.-Relac.Int.
The Spanish Yearbook of International Law brings together information concerning Spanish legal practice and a bibliography over the period of one year and makes it available to an international readership.
It serves as a vehicle for furthering knowledge of Spanish doctrine and practice (treaties, municipal legislation, parliamentary practice and judicial decisions) in the field of international law among an audience with no knowledge of Spanish. It deals with Private, Public International Law and International Relations taken in a broad sense to include summary treatment of international organizations of which Spain is a member.
Edited at the University of Málaga by the Asociación Española de Profesores de Derecho Internacional y Relaciones Internacionales (AEPDIRI).
Hardback