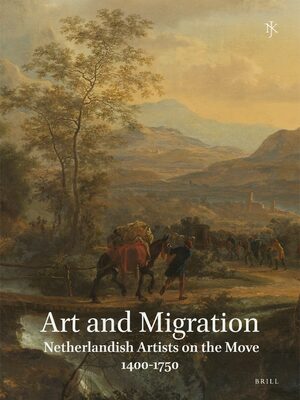 Editors: Frits Scholten, Joanna Woodall, and Dulcia Meijers
Since the Middle Ages artists from the Low Countries were known to be fond of travelling, as Guicciardini in his Descrittione di tutti i Paesi Bassi (Antwerp, 1567) and Karel van Mander in his 1604 Schilderboeck, already noticed. Much more mobile than their colleagues from other European countries, many Netherlandish artists spread all over Europe; a remarkable number among them achieved great fame as court artists, as the careers of Claus Sluter in Burgundy, Anthonis Mor in Spain, Bartholomeus Spranger or Adriaen de Vries in Prague, Giambologna and Jacob Bijlevelt in Florence demonstrate. Moreover, they exerted considerable influence on the artistic production of their time. Nevertheless most of them sank into oblivion soon after they died. Dutch art history neglected them for a long time as they did not fit into the traditional canon of the Low Countries, nor were they adopted by the art histories of their new homelands. This new NKJ volume is an attempt to change this.

€128.00$165.00
Hardback
Add to Cart
"These essays trace the broad diaspora of Netherlandish artists from the Iberian Peninsula to Eastern Europe, from the North Sea to the Mediterranean. In doing so, this volume reshapes what “Netherlandish” art is, where it is found, and what its impact has been. By combining studies of different types of visual production instead of separating them by media, the editors have presented a richer and more cohesive view of early modern visual culture. The volume also stresses the significance of working beyond national borders. The intersection of the local and the pan-European raises questions about not only the role and identity of the Netherlandish artist, but about historiographical and methodological practices. As such, it is instructive reading for both the subject specialist and those whose scholarship lies beyond the borders of Dutch art."