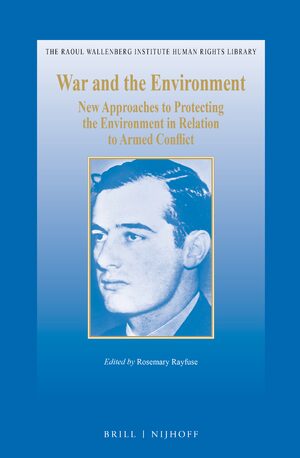 War and the Environment

New Approaches to Protecting the Environment in Relation to Armed Conflict

Editor: Rosemay Rayfuse
The chapters in this volume have their origins in papers presented at a Workshop held at Lund University in Sweden. The Workshop gathered together experts from Europe, the United States and Australia, including leading academics as well as representatives from the ICRC, the Swedish, Norwegian and Danish Red Cross Societies and the Swedish and Norwegian governments, to examine the relevance and adequacy of the existing regime for environmental protection during armed conflict as well as the ability of other international legal mechanisms to contribute to the amelioration of damage to the environment arising as a result of or in relation to armed conflict. The book, like the Workshop, takes as its starting point the existing IHL regime for the protection of the environment during armed conflict and goes on to explore the application of other legal regimes that may be relevant to protection of the environment both during armed conflict and, as in the broader context envisaged by the ILC, in relation to armed conflict. As this thought-provoking volume demonstrates, a vast range of issues, actors and legal regimes must now be considered and some pro-active and imaginative research and thinking brought to bear in any consideration of this ever-important topic. Some papers appeared previously in a special issue of the Nordic Journal of International Law.
E-Book (PDF)