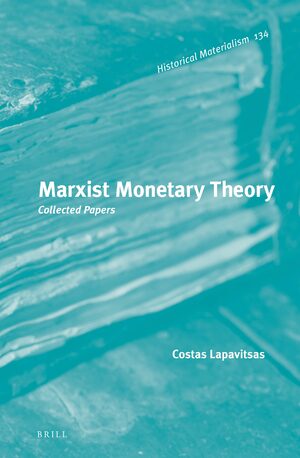 Author: Costas Lapavitsas
The collected papers of Costas Lapavitsas are a pathway to Marxist monetary theory, a field that continues to attract strong interest. The papers range far and wide, including markets and money, finance and the enterprise, power and money, the financialisation of capitalism, finance and profit, even money as art. Despite its breadth, the collection remains highly coherent.

Money and finance are pre-eminent, even dominant, features of contemporary capitalism. Lapavitsas has been one of the first political economists to notice their ascendancy and to devote his research to it. He offers a resolutely Marxist perspective on contemporary capitalism while remaining conversant with the history of political economy, sensitive to mainstream economic theory, and fully aware of the empirical reality of financialisation.
E-Book (PDF)

€138.00$166.00
​
Add to Cart
Costas Lapavitsasis Professor of Economics at SOAS. He has published widely on money and finance, the Japanese economy, and the Eurozone. He writes often for the international press and his most recent books are Profiting Without Producing (Verso, 2013) and Against the Troika (Verso, 2015, with H. Flassbeck).
"The Wolfson Lecture Theatre (Senate House) was full and lively as Costas led off the afternoon by putting Marx’s analysis of ‘the universal equivalent’ to work in explaining money today in the current conjuncture and its role in overthrowing capitalism. His emphasis was more on the forms than the functions money has taken: commodity money (gold), simple fiat money, credit money, central bank fiat money and electronic monies. Costas foregrounded four ‘stylised facts’ of our current system: first, legal inconvertibility after 1971–1973; second, the quantitative dominance of credit money within the sphere of domestic money; third, the qualitative significance of legal tender as central bank created fiat money; and fourth, the pre-eminence of inconvertible legal tender from a small number of central banks forming international money. Furthermore, Costas made a significant comparison between Bitcoin and gold. [...] As Costas points out in this new book: ‘There is an ideology of money in capitalist society that is similar to religion in both its falseness and necessity.’ I have a firm opinion that everyone on the Left needs to better acknowledge the worth of understanding money as a concept and set of processes, in order to better appreciate money as a weapon of control and to actively resist the power of money to substitute for substantive democracy and genuine governance. Internationally, money is remarkably potent. In his talk, Costas emphasised it as ‘a lever for hierarchy among states’; our global history cannot be told without reference to the British pound, the US dollar and, more recently the €uro — as shown in the sorry story of Syriza’s reign in Greece. So, too, it becomes ‘a mechanism to entrench commercial advantage’ and ‘exercises power over entire societies through fear and identity’." – Anitra Nelson, Progress in Political Economy
Preface

1. Money as Art: The Form, the Material, and Capital

PART I: THE FORMS, THE FUNCTIONS AND THE QUANTITY OF MONEY
2. The Theory of Credit Money: A Structural Analysis
3. The Banking School and the Monetary Thought of Karl Marx
4. The Classical Adjustment Mechanism of International Balances: Marx’s Critique
5. Money and the Analysis of Capitalism: The Significance of Commodity Money

PART II: CREDIT, INTEREST-BEARING CAPITAL, AND THE HOARDING OF MONEY
6. Two Approaches to the Concept of Interest-Bearing Capital
7. On Marx’s Analysis of Money Hoarding in the Turnover of Capital

PART III: THE ORIGIN OF MONEY AND THE NATURE OF COMMODITIES
8. Commodities and Gifts: Why Commodities Represent More than Market Relations
9. The Emergence of Money in Commodity Exchange, or Money as Monopolist of the Ability to Buy
10. The Social Relations of Money as Universal Equivalent: A Response to Ingham

PART IV: THE COMPLEX REALITY OF CONTEMPORARY MONEY
11. Relations of Power and Trust in Contemporary Finance
12. The Monetary Basis of Financialised Capitalism

All interested in the subjects of money and finance, contemporary capitalism, Marxism, monetary theory, sociology of money. 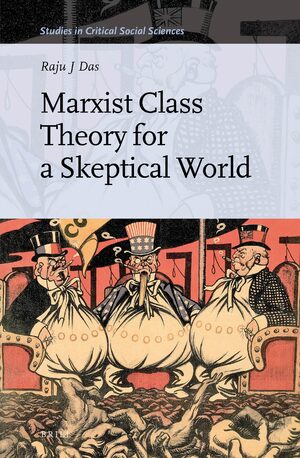 Fair and Affordable Housing in the U.S. 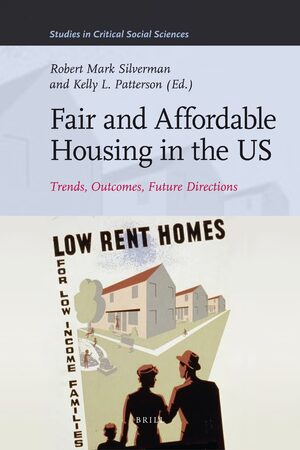 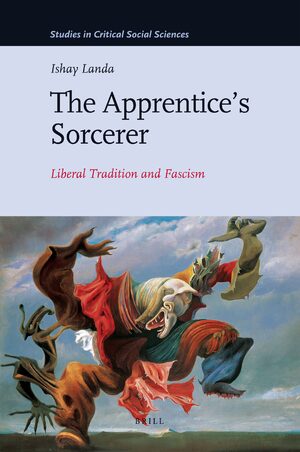