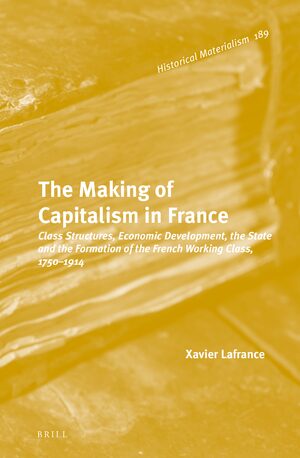 The Making of Capitalism in France

Class Structures, Economic Development, the State and the Formation of the French Working Class, 1750-1914

Author: Xavier Lafrance
Very few authors have addressed the origins of capitalism in France as the emergence of a distinct form of historical society, premised on a new configuration of social power, rather than as an extension of commercial activities liberated from feudal obstacles. Xavier Lafrance offers the first thorough historical analysis of the origins of capitalist social property relations in France from a 'political Marxist' or ( Capital-centric Marxist) perspective. Putting emphasis on the role of the state, The Making of Capitalism in France shows how the capitalist system was first imported into this country in an industrial form, and considerably later than is usually assumed. This work demonstrates that the French Revolution was not capitalist, and in fact consolidated customary regulations that formed the bedrock of the formation of the working class.

€118.00$142.00
​
Add to Cart
Xavier Lafrance, Ph.D. (2013), York University, is Professor of political science at the Université du Québec à Montréal. With Charles Post, he is the editor of Case Studies in the Origins of Capitalism (Palgrave 2018).
Acknowledgements

Chapter 1 The Old Regime False Start: Attempts at Liberal Reforms
and the Absence of a Transition to Capitalism in Absolutist France
Absolutist France vs Capitalist England
British Competition and French Liberal Reactions
An Extensive Mode of Economic Development

Chapter 4 The Rise of the French Working Class: Republican and Socialist Struggles against Extra-Economic Exploitation
The Composition and the Making of the French Working Class
Notables, the State, and the Perpetuation of Non-Capitalist Surplus Appropriation
Pinning Down Social Ills, Naming the Antagonists
The Revolution of 1830 and the Rise of a Republican-Socialist Working Class
The Revolution of 1848 and the (Interrupted) Rise of the Democratic and Social Republic

Chapter 5 The State-Led Capitalist Transformation of French Industry
Geopolitical Competition and Capitalist Industrialisation
Building Foundations: The Making of a Competitive Market
The Erosion of Customary Regulations and the Subsumption of Labour
The Emergence of Capitalist Patterns of Investment
Changing Modes of Surplus Appropriation and (Partial) State Restructuring

Chapter 6 Capitalism and the Re-Making of the French Working Class
The Re-Composition of the Working Class
The Labour Movement under the Second Empire and the Paris Commune
The Rise of the Strike: Refusing the Depoliticisation of Production
The Transformation of Class Relations and the Rise of an Autonomous Socialist Working-Class Movement

Conclusion
References
Index
All interested in the history and politics of modern and contemporary France, and anyone concerned with the debate on the transition to capitalism.

The Workers' Opposition in the Russian Communist Party 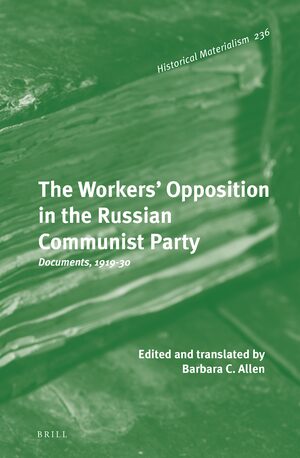 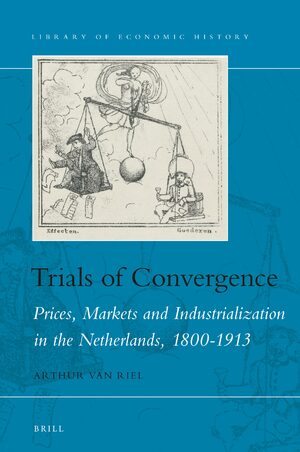 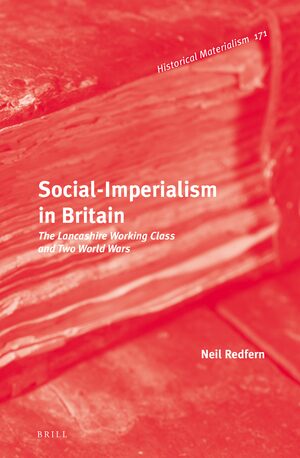