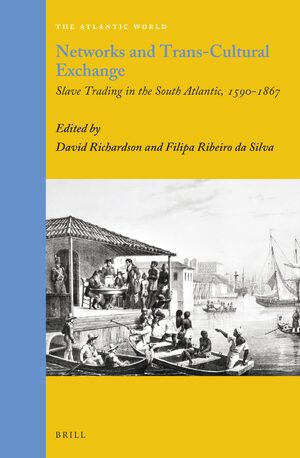 Studies of the South Atlantic commercial world typically focus on connections between Angola and Brazil, and specifically on the flows of enslaved Africans from Luanda and the relations between Portuguese-Brazilian traders and other agents and their local African and mulatto trading partners. While reaffirming the centrality of slaving activities and of the networks that underpinned them, this collection of new essays shows that there were major Portuguese-Brazilian slave-trading activities in the South Atlantic outside Luanda as well as the Angolan-Brazil axes upon which historians usually focus. In drawing attention to these aspects of the South Atlantic commercial world, we are reminded that this was a world of change and also one in which Portuguese-Brazilian traders were unable to sustain in the face of competition from northern European rivals the dominant position in slave trading in Atlantic Africa that they had first established in the sixteenth century.
E-Book

€116.00$152.00
​
Add to Cart
David Richardson graduated from Manchester University and is Professor Emeritus in Economic History at the University of Hull, where he was founder and first Director of the Wilberforce Institute for the study of Slavery and Emancipation (2004-12). He was co-author with David Eltis of the multiple award-winning Atlas of the Transatlantic Slave Trade (2010) and of the Trans-Atlantic Slave Trade Database (www.slavevoyages.com) (2008) on which it was based.

Filipa Ribeiro da Silva, Ph.D. (2009), Leiden University, is Assistant Professor of History at the University of Macau (China). She is a member of the Global Collaboratory on the History of Labour Relations at the International Institute of Social History of the Netherlands Royal Academy of Arts and Sciences and an Honorary Fellow of the Wilberforce Institute for the study of Slavery and Emancipation at the University of Hull (UK). Dutch and Portuguese in Western Africa: Empires, Merchants and the Atlantic System, 1580-1674, (2011) is her latest book.

"This collection is an impressive demonstration of the precision and sophistication with which historians are advancing understanding of the slave trade in the South Atlantic. For many readers, these cutting-edge essays will serve as a necessary, if heady, introduction to the field. The title is slightly misleading; the cultural issues inherent in this history are a secondary concern. At heart, the book is an updated reconstruction of the complex demographic, political, and economic forces of the slave trade in the South Atlantic. There are chapters on Brazil’s economy, the role of private investment in the trade, and, in a useful expansion of how the Atlantic is defined, the trade in Mozambique. The history of the trade in Angola is the subject of three chapters, and there is a chapter on the impact of abolition. In addition to careful work with Lusophone sources, a number of the chapters are based on work in Dutch archives, presenting a full, rich portrait of this world. A further strength of the book is that the contributors treat the data in the Trans-Atlantic Slave Trade Database (CH, Feb'09, 46-3397) as a point of departure rather than as the final word. A necessary edition to any serious collection on Atlantic slave trade. Summing Up: Highly recommended. Upper-division undergraduates and above." - J. M. Rosenthal, Western Connecticut State University [This review appeared in the July 2015 issue of Choice, Vol. 52 No.11. Copyright 2015 American Library Association]
" Networks and Trans-Cultural Exchange provides an important contribution to the literature on the history of the traffic. Not only does it focus on a neglected side of the trade—the South Atlantic—in the English-language literature, but it brings together research conducted by some of the leading experts in the field, one of whom, José Capela, to whose memory the book is dedicated, is no longer with us. The book’s main theme—networks and trans-cultural exchange— also sets it apart from most other collections, [...] Furthermore, perhaps because of the EU Framework Seven Project, or because of the editors’ primary audience, the book does not shy away from discussing the role of Europeans in the South Atlantic business." - Daniel B. Dominques Da Silva, Rice University, in: Journal of World History, June 2017, pp. 292-296
"This fine collection of essays, many drawn from more extensive monographic studies, well-edited and accompanied by an extensive bibliography, [are] excellent introductions to the South Atlantic as a key element in the history of slavery, Africa, the Atlantic world, and the global diaspora of African peoples." - Stuart B. Schwartz, Yale University, in: Journal of Global Slavery 1 (2016) 113–133, pp. 121-125
Scholars and students interested in the field of Early Modern Atlantic History, Transatlantic and Indian Ocean Slave Trade, Pre-colonial African History, Brazilian Colonial History