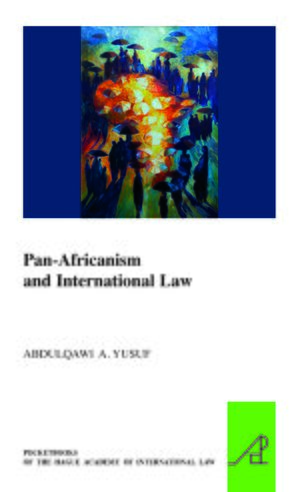 Series:  The Pocket Books of The Hague Academy of International Law / Les livres de poche de l'Académie de droit international de La Haye, Volume: 25
Author: Abdulqawi A. Yusuf
Pan-Africanism offers a unique vantage point to study Africa’s encounters with international law : first, as a continent whose political entities were excluded from the scope of application of the Eurocentric version of international law that was applied among the self-styled club of “civilized nations” ; second, through the emergence of African States as subjects of international law willing to contribute to the reform and further development of the law as a universal interstate normative system; and third, as members of the OAU and the AU acting collectively to generate innovative principles and rules, which, though applicable only in the context of intra-African relations, either go beyond those existing at the universal level or complement them by broadening their scope. This study examines those encounters through the various stages in the evolution of Pan-Africanism from a diaspora-based movement, engaged in the struggle for the emancipation of the peoples of the continent, to groupings of independent States and intergovernmental organizations which continue to promote African unity and influence the development of international law to make it more reflective of diverse legal traditions and values.
E-Book (PDF)