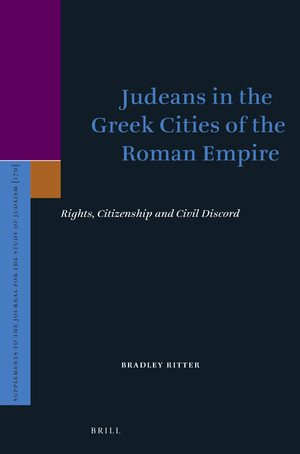 Judeans in the Greek Cities of the Roman Empire

Author: Bradley Ritter
In the first century CE, Philo of Alexandria and Josephus offer vivid descriptions of conflicts between Judeans and Greeks in Greek cities of the Roman Empire over various issues, including the Judeans’ civic identity, the extent of their obligations to local cities and cults, and the potential security threat they posed to those cities. This study analyzes the narratives of these conflicts, investigating what citizenship status Judeans enjoyed, their political influence and whether they enjoyed the right to establish institutions for observing their ancestral worship. For these narratives to be understood properly, it should be assumed that many Judeans were already citizens of their cities, and that this status played a central role in those conflicts.

€134.00$174.00
​
Add to Cart
Bradley Ritter, Ph.D. (2003) in Classics at the University of California, Berkeley, is Assistant Professor of Classics and Early Christian Literature at Ave Maria University. This is his first monograph.
1. An Introduction to the Question of Judean Integration in Greek Lands
2. Philo, Josephus and the Acts of the Apostles: Genre, Audience and Aims
3. Moorings: Civic Status and Associations
4. Alexandrian Moorings: Citizenship, Synagogues and the Archons of the Alexandrian Judeans
5. Evidence versus Myth on the Origins and Early History of the Judeans in Alexandria
6. The Stasis in Alexandria in 38 C.E. and its Aftermath
7. The Judeans of Cyrene under the Julio-Claudians and the Flavians
8. Judeans in Asia Minor and Greece during the Late Republic and the Early Empire
9. The Crisis of Judean Civic Life in the Cities of Syria and Coele-Syria before and after the Jewish Revolt
10. Conclusion
Bibliography 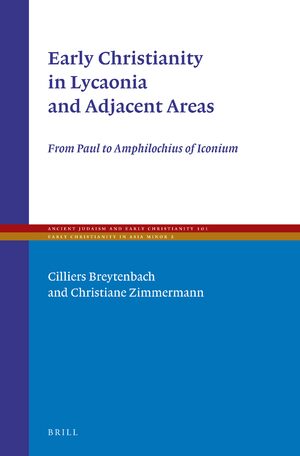 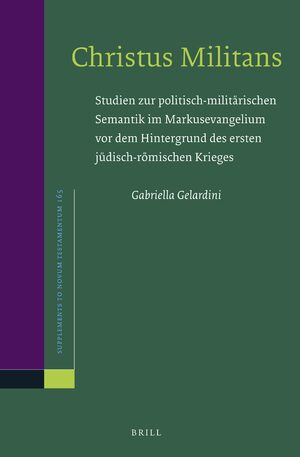 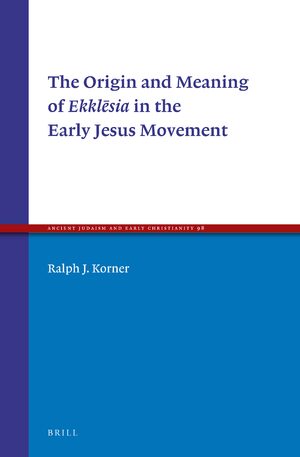