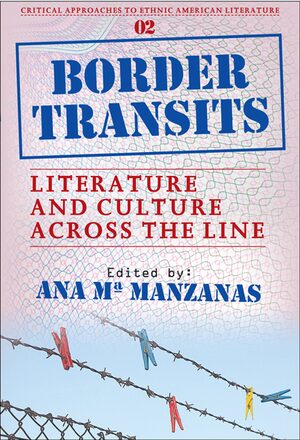 Literature and Culture across the Line

Editor: Ana María Manzanas
What constitutes a border situation? How translatable and “portable” is the border? What are the borders of words surrounding the border? In its five sections, Border Transits: Literature and Culture across the Line intends to address these issues as it brings together visions of border dynamics from both sides of the Atlantic Ocean. The volume opens with “Part I: (B)orders and lines: A Theoretical Intervention,” which explores the circle and the cross as spatial configurations of two contradictory urges, to separate and divide on the one hand, and to welcome and allow passage on the other. “Part II: Visions of the Mexican-US Border” zooms in onto the Mexican-United States border as it delves into the border transits between the two neighboring countries. But what happens when we situate the border on the cultural terrain? How well does the border travel? “Part III: Cultural Intersections” expands the border encounter as it deals with the different ways in which texts are encoded, registered, appropriated, mimicked and transformed in other cultural texts. “Part IV: Trans-Nations,” addresses instances of trans-American relations stemming from experiences of up-rooting and intercultural contacts in the context of mass-migration and migratory flows. Finally, “Part V: Trans-Lations,” deals with the ways in which the cultural borderlands suffuse other discourses and cultural practices.
The volume is of interest for scholars and researchers in the field of Border studies, Chicano studies, “Ethnic Studies,” as well as American Literature and Culture
E-Book