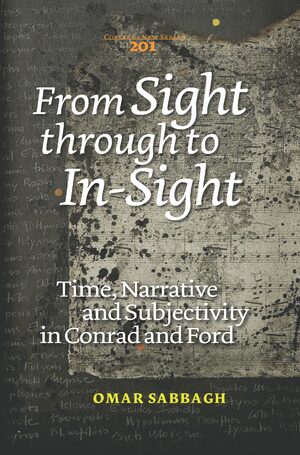 From Sight through to In-Sight

Time, Narrative and Subjectivity in Conrad and Ford

Author: Omar Sabbagh
An interdisciplinary study of the Impressionist/early Modernist works of Conrad and Ford, this book aims to show how the represented temporalities (whether to do with past, present, future experience within and without the novels, or logical/structural relations of ‘before’ and ‘after’) are at the core of the won effects of both authors’ oeuvres. Looking at such well-known works as Nostromo, The Good Soldier, The Fifth Queen, Parade’s End, the study makes use of philosophy (historical and contemporary), theology, psychoanalysis, and other sources, to re-describe, unlock and display the fertile ways in which time and historical experience are both manumitted within the tales analysed, and, recursively, within their reading experience. Ultimately, the two senses of ‘making you see’, from Conrad’s iconic Preface, are used as gambits to understand the ways in which these novels are metaphysically vibrant, symbolically hopeful- as against the more common interpretation of metaphysical dissolution and (over-determined) failure.
E-Book (PDF)