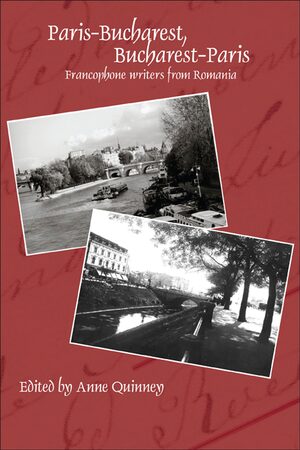 Volume Editor: Anne Quinney
This collection of essays presents new research on the work of Romanian writers who chose French as a literary language. Romanian is itself, of course, a Romance language, and there is a long history of close Franco-Romanian ties. But given the complex and often multilingual cultural heritage of these writers–whose influences included German, Russian, and Ottoman–their contribution to French literature represents a unique hybrid form of francophonie. And yet unlike the literary production of former French colonies, this work has received little scholarly attention as a contribution to French literature. This book aims to rectify this situation. Focusing on the historical, cultural, and artistic links between France and Romania in the twentieth century from the standpoint of such figures as Tristan Tzara, Anna de Noailles, Panaït Istrati, Eugène Ionesco, Isidore Isou, and E.M. Cioran, the essays develop innovative and insightful perspectives with regard to the work of individual authors. The volume as a whole will thus serve to reshape prevailing conceptions of Francophone literary production and to expand fundamentally the conceptual boundaries of Francophone Studies.
E-Book (PDF)

€81.00$103.00
​
Add to Cart
Acknowledgments
Introduction
Monica Spiridon: “Bucharest-on-the-Seine”: The Anatomy of a National Obsession
Ferdâ Asya: The Orientalism of Anna de Noailles
Stephen Forcer: Before They Were Famous: Tristan Tzara, Nationhood, and Poetry
Monique Yaari: The Surrealist Group of Bucharest: Collective Works, 1945–1947
Monique Jutrin: The Trans-cultural Journey of Benjamin Fondane
Catherine Rossi: French as the Language of Libre Échange in the Works of Panaït Istrati
Ingrid Chafee: Home Is Elsewhere: Exile in the Theatre of Ionesco
Ashby Crowder: Traditionalism and Protochronism in the European Context
Jean-Jacques Thomas: Isidore Isou’s Spirited Letters
Anne Quinney: Emil Cioran and the Politics of Exile
Notes on Contributors