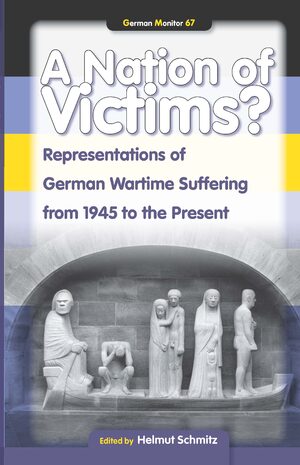 A Nation of Victims?

Representations of German Wartime Suffering from 1945 to the Present

Editor: Helmut Schmitz
The re-emergence of the issue of wartime suffering to the fore of German public discourse represents the greatest shift in German memory culture since the Historikerstreit of the 1980s. The (international) attention and debates triggered by, for example, W.G. Sebald’s Luftkrieg und Literatur, Günter Grass’s Im Krebsgang, Jörg Friedrich’s Der Brand testify to a change in focus away from the victims of National Socialism to the traumatic experience of the ‘perpetrator collective’ and its legacies. The volume brings together German, English and Israeli literary and film scholars and historians addressing issues surrounding the representation of German wartime suffering from the immediate post-war period to the present in literature, film and public commemorative discourse. Split into four sections, the volume discusses the representation of Germans as victims in post-war literature and film, the current memory politics of the Bund der Vertriebenen, the public commemoration of the air raids on Hamburg and Dresden and their representation in film, photography, historiography and literature, the impact and reception of W.G. Sebald’s Luftkrieg und Literatur, the representation of flight and expulsion in contemporary writing, the problem of empathy in representations of Germans as victims and the representation of suffering and National Socialism in Oliver Hirschbiegel’s film Der Untergang.
E-Book (PDF)