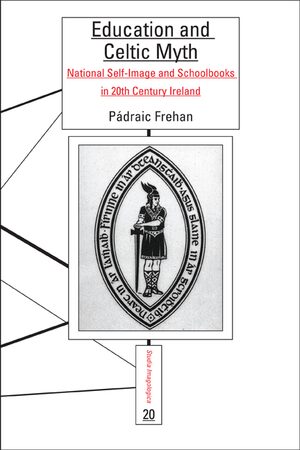 Series:  Studia Imagologica, Volume: 20
Author: Pádraic Frehan
The book examines one aspect of the national self-image of Ireland as it was trans-generationally transmitted in the Irish National School environment through the medium of the Celtic mythology tales. Celtic mythology embodied a unique Irishness without being contentious in the wider social and political spheres and the texts had the capability to impart a national self-image, a character and ideological model for the young generation to follow and exemplify, while concurrently act as a sanctuary in which a unique, neutral, Irish self-past and contemporary self-image could be connected to. From 1922 onwards a state-run National School curriculum was set up to propagate a national ideal through the teaching of the Irish language, Irish history and a rekindled awareness of Ireland’s unique past. The mythology tales were employed to portray this unique past and their inclusion in the textbooks provided a platform for the policies of the inculcation of national pride, self-respect and self-image in the Irish nation, official government and Department policy following the Second National Programme Conference and Report in 1926. The aim of this book is an imagological one focusing on what made these tales ideological. The study incorporates a triangular approach: contextual, intertextual and textual. It is at the point of intersection between 4 specialisms: the historical study of Irish nationalism; the history of culture and education in 20th century Ireland; imagology and corpus linguistics. The conclusions drawn are based upon factual, statistical information garnered from the analyses conducted on the corpus and utilise information that is concrete and not hypothetical. This volume is of interest for all those working in Irish school literature, Irish studies – especially cultural, intellectual and educational history of Ireland, imagology and European studies.
E-Book (PDF)

'Education and Celtic Myth' is supported by a website with appendices: www.imagologica.eu/Frehan.