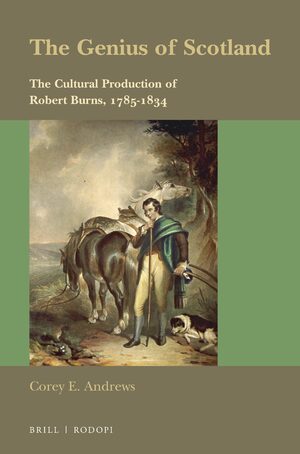 The Genius of Scotland

Author: Corey E Andrews
The Genius of Scotland: The Cultural Production of Robert Burns, 1785-1834 explores the wide-ranging reception history of Robert Burns by examining the sources of his reputation as the ‘Genius of Scotland’ in the Scottish Enlightenment and beyond. Evaluating his changing stature in the eighteenth and nineteenth centuries, the book investigates the figure of Burns as a ‘cultural production’ that was constructed by warring cultural forces in the literary marketplace. The critical promotion of Burns as the ‘Heaven-taught ploughman’ greatly influenced his legacy as a labouring-class ‘genius’ and national icon, both of which relied on blatant censorship and distortion of his biography and works. The Genius of Scotland debunks both the hagiographic and vituperative representations of the poet from this period, revealing not only how (and why) he was culturally produced as a national ‘genius’ but also how the process continues to influence our understanding of Burns into the present day.

€77.00$100.00
​
Add to Cart
Dr. Corey E. Andrews is Associate Professor of English at Youngstown State University in Youngstown, Ohio. He has published a number of articles and chapters on Robert Burns and Scottish poetry in The Edinburgh Companion to Robert Burns, Scottish Literary Review, Robert Burns and Friends, The International Journal of Scottish Literature, Studies in Hogg and His World, and The Burns Chronicle. His book Literary Nationalism in Eighteenth-Century Scottish Club Poetry appeared in 2004, and he has twice received the W. Ormiston Roy Memorial Fellowship at the University of South Carolina Libraries for his research on Burns’s reception history.
“The Genius of Scotland is an impressively thorough survey of the reception of Burns's verse and the cultural context which shaped that reception. [...]this book remains an invaluable account of a fascinating area, from which even longstanding students of Burns will learn a great deal.” - Robert irvine, Unversity of Edinburgh, in: The Bottel Imp, vol. 21 (2017)
“Even though many of the individual reviews or poems discussed will be known to most Burnsians through Donald Low’s Critical Heritage volume and other studies (and this book is scrupulous in citing previous scholarship), there are some discoveries, and Andrews reads these texts more intensively than reception surveys commonly do. He also makes a fuller attempt to explain their significance, rather than falling into the long-established habit among Burnsians of treating the early assessments as quaint, obtuse, or even treacherous, mischaracterization. A number of recent studies have revised understandings of Burns’s reputation in a longer time-frame or in a European, American, or global context, but, within its more tightly-drawn parameters, arguably of more immediate relevance for understanding Burns’s work, this study will be of great value.” - Patrick D. Scott, Unversity of South Carolina, Columbia, in: Studies in Scottish Literature 42.1 (2016)
“Andrews offers an unusual and welcome approach to his subject, laying his emphasis on the ‘cultural production’ of Burns in reviews, criticism and poetic responses, rather than in the work of the poet himself. At its best this book provides a methodical survey of the literary-critical field in which the contested and idealised figure of Burns evolved during the poet’s lifetime and across the nineteenth century. It is capable of real insight into the complexity and ideological freighting of the process of his establishment as such a major emblem of the Scottish nation. In juxtaposing the reflections of relatively well-known figures like John Keats, Anne Grant and Robert Tannahill against those of minor names like William Hamilton Drummond and James Graham, Andrews provides his book with a plurality of vision that nicely captures the intricacy and scale of Burns’s impact.” - Gerard Lee McKeever, University of Glasgow, in: The BARS Review, vol. 47 (2016)
Contents
Acknowledgements
Introduction: The Genius of Scotland
Chapter One: Ploughman, Minstrel, Bard: Poetic Personæ and the rise of Genius Theory
Chapter Two: ‘Who are you Mr. Burns?’: Admirers and Sceptics of the ‘Heaven-taught Ploughman, 1786-1788’
Chapter Three: Ungrateful country! ill-requited Burns!’: The Decline and Fall of the Heaven-taught Ploughman’, 1788-1796
Chapter Four: ‘The Powers and Failings of Genius’: Constructing Burns’s Posthumous Reputation, 1796-1816
Chapter Five: ‘Great Shadow! Hide Thy face’: Scottish Poetry after Burns, 1797-1819
Conclusion: The ‘Only Worthy Successor’: The Career of James Hogg, 1801-1834
Bibliography
Index

The Genius of Scotland is primarily intended for an academic audience of graduate students and professors, but it is also designed to appeal to general readers interested in Burns, Scotland, and/or British history. 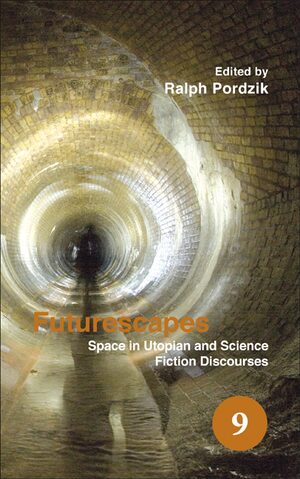 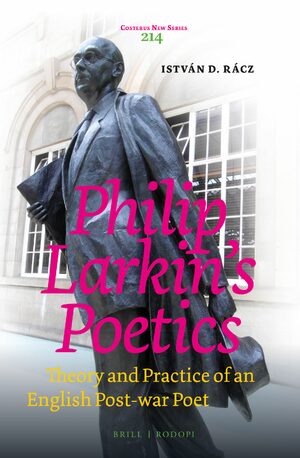 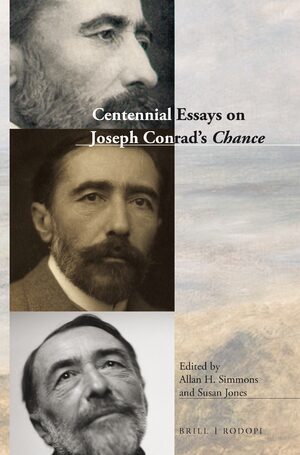