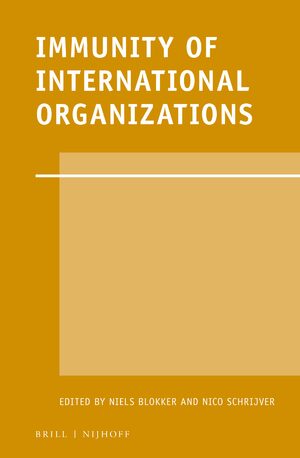 It is against this background that an international conference was organized at Leiden University in June 2013. A number of highly qualified academics and practitioners gave presentations and prepared written contributions that are collected in this book. This book is published to celebrate the 10th anniversary of the International Organizations Law Review, in which these contributions have also been published (Vol. 10, issue 2, 2014).

All academics and practitioners interested in immunity of international organizations.