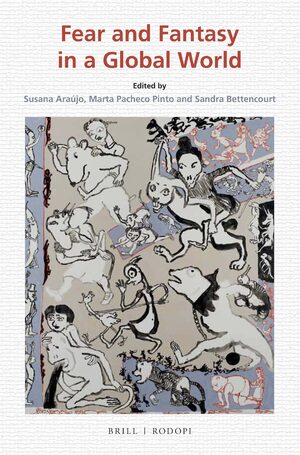 Fear and Fantasy in a Global World

Editors: Susana Araújo, Marta Pacheco Pinto and Sandra Bettencourt
At a time when the mass media insist on bombarding us with news about natural, political and economic disasters, words, ideas and images associated with such “crises” and “catastrophes” shape to a great extent collective memory and current imagination. Fear and Fantasy in a Global World seeks to stir the debate on the processes and meanings of, as well as on the relations between, fear and fantasy in the globalized world. Collective fears and fantasies are analysed from a number of cross-disciplinary perspectives, promoted by the epistemological underpinnings of comparative literature. In various ways and from different disciplinary angles, the 17 essays here gathered respond to and scrutinize key questions related to the imaginaries of fear and fantasy, as well as their relations to trauma, crisis, anxiety, and representations of both the conscious and the unconscious.

€82.00$107.00
​
Add to Cart
Susana Araújo is a Senior Researcher at CEC, University of Lisbon. She is the author of Transatlantic Fictions of 9/11 and the War on Terror, co-editor of several books and special issues in journals and author of many articles in peer-reviewed journals, books and anthologies.

Sandra Bettencourt is a doctoral student in the PhD Programme “Materialities of Literature” at the University of Coimbra. She has co-edited volumes, and published essays in several peer-reviewed journals. She is also the editorial coordinator of the peer-reviewed journal MATLIT.

David Vichnar
“Territories of Risk” within “Tropological Space”: From Zero to 2666, and Back

Part 2: The Limits of Knowledge: Fantasy and Identity Formation

Martijn Boven
The Site of Initiative. Towards a Hermeneutic Framework for Analysing the Imagination of Future Threats

Christin Grunert
Conflict with the Perception of Time as Fertile Ground for Collective Insecurity: The Frightening Reality of Scientific Facts and their Transformation in Literary Fiction

Marija Sruk
Laugh Away the Fear! The Satisfaction of Comical Fantasy in the Holocaust Film Comedies of the Late 1990s

Harriet Hulme
A Politics of Form: Fantasy and Storytelling as Modes of Resistance in the Work of Atxaga and Kundera

Hande Gurses
The Fantasy of the Archive: An Analysis of Orhan Pamuk’s The Museum of Innocence

Part 4: Uncanny Representations of the Self and the Other

Brecht de Groote
The Phantom in the Mirror: Duplication, Spectrality, and the Romantic Fear of Fantasy in Wordsworth, Coleridge and De Quincey


This volume is suitable for academics and researchers in Comparative Studies, Cultural Studies and Literary Studies, especially students participating in graduate programmes in the Humanities (Literature, Transatlantic/International/Global Studies, Interart Studies).