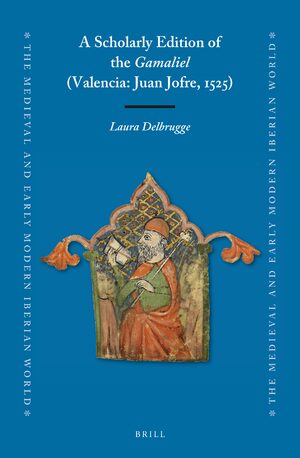 A Scholarly Edition of the Gamaliel (Valencia: Juan Jofre, 1525)

Author: Laura Delbrugge
A Scholarly Edition of the Gamaliel (Valencia: Juan Jofre, 1525) is a modernized edition of a late medieval devotional that formed part of the narrative tradition of La Vengeance de Nostre-Seigneur, which gained popularity from the twelfth century. The 1525 compendium Gamaliel is comprised of seven loosely related texts, including the Passion of Christ, the Destruction of Jerusalem, the biographies of Lazarus, Mary, and Martha, and the Slaughter of the Innocents. The Gamaliel was reproduced in over a dozen Spanish and Catalan printed editions in the first half of the sixteenth century until it was banned by the Spanish Inquisition beginning in 1558, likely due to its anonymous authorship and apocryphal content.
E-Book (PDF)

€99.00$119.00
​
Add to Cart
Laura Delbrugge, Ph.D. (1996), is Dean of Arts and Sciences at Clarion University of Pennsylvania. She has published three scholarly editions and edited Self-Fashioning and Assumptions of Identity in Medieval and Early Modern Iberia (Brill, 2015).
Acknowledgments

A Scholarly Edition of the Gamaliel (Valencia: Juan Jofre, 1525)

All those interested in Early Modern devotionals, anonymous and apocryphyl texts, the Spanish Inquisition, the Destruction of Jerusalem, Passion texts in Spain and Europe, and anti-Semitism in Passion texts.