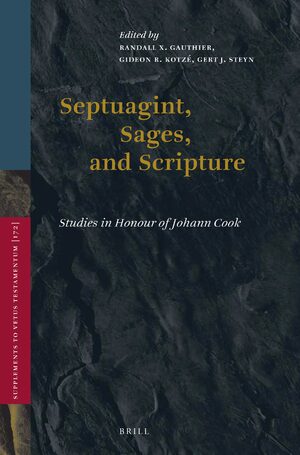 Studies in Honour of Johann Cook

Editors: Randall X. Gauthier, Gideon Kotzé, and Gert Steyn
The studies collected in this volume were written in honour of Johann Cook, emeritus professor of the Department of Ancient Studies at Stellenbosch University. They cover a variety of subjects including the translation of Hebrew expressions into Greek, the reception of LXX texts in various contexts, topics related to wisdom and the LXX versions of sapiential literature, Ben Sira as a scribe of the Second Temple period, themes in the works of Philo and Josephus and the references to Sumkhos ben Joseph in rabbinic writings. The contributions therefore focus on the Septuagint, early Jewish sages and ancient scriptures. They present the results of original research, identify new lines and topics of inquiry and make novel contributions to existing insights.
E-Book (PDF)

Gideon R. Kotzé, D.Th (2011), Stellenbosch University, is lecturer in ancient languages and cultures at that university. He has published articles and a book on textual criticism and Lamentations, including The Qumran Manuscripts of Lamentations: A Text-Critical Study (Brill, 2013).

Gert J. Steyn, D.D. (1994), University of Pretoria, D.Litt (2009), Stellenbosch University, is Professor of New Testament Studies at the University of Pretoria and Research Associate at the Kirchliche Hochschule Wuppertal-Bethel, Germany. His publications include Septuagint Quotations in the Context of the Petrine and Pauline Speeches of the Acta Apostolorum (Kampen/Leuven, 1995) and A Quest for the Assumed Septuagint Vorlage of the Explicit Quotations in Hebrews (Göttingen, 2011). 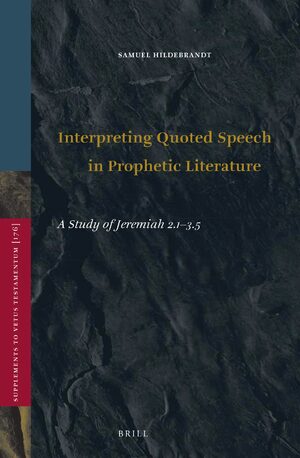 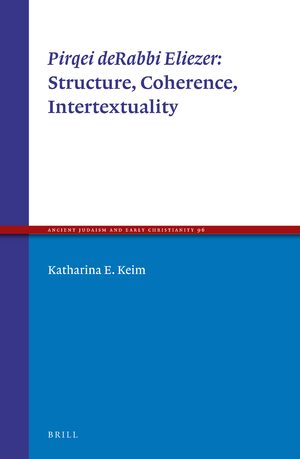 Translation Technique in the Peshitta to Ezekiel 1-24 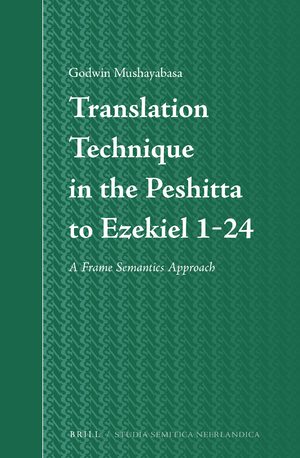